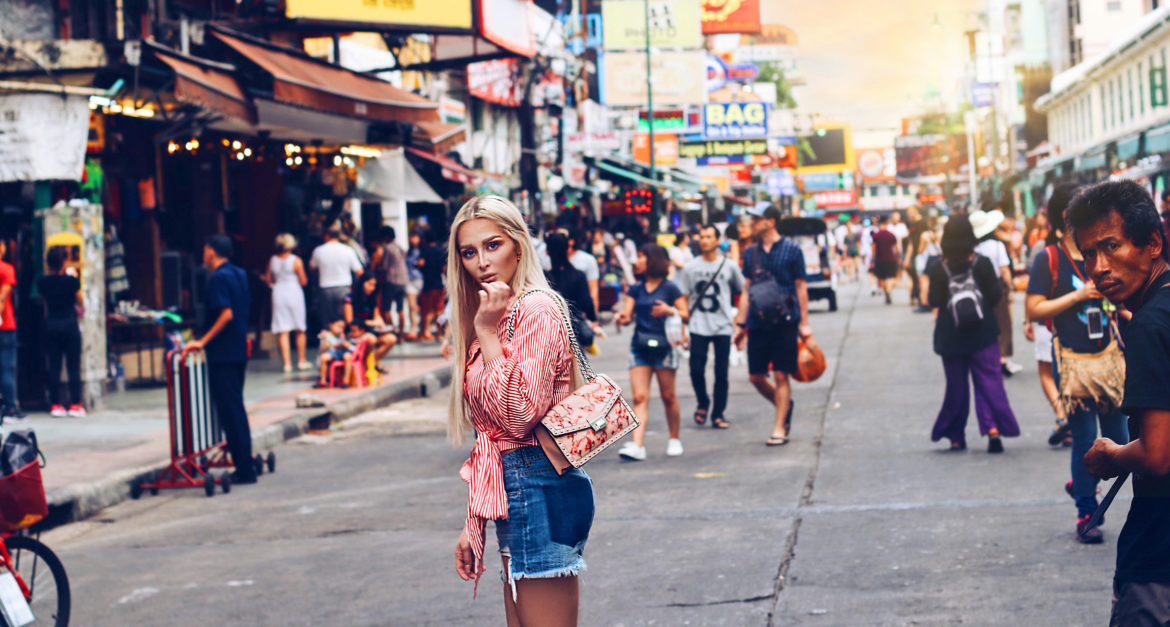 In this blogpost I want to talk about 15 random fun facts about Bangkok. Things that make this city unique and can only be found there. Some facts are quite popular and famous, so you will definitely have heard about them – others were also a huge surprise for me!

First I want to show you guys my chilled summer look for a city with high humidity: 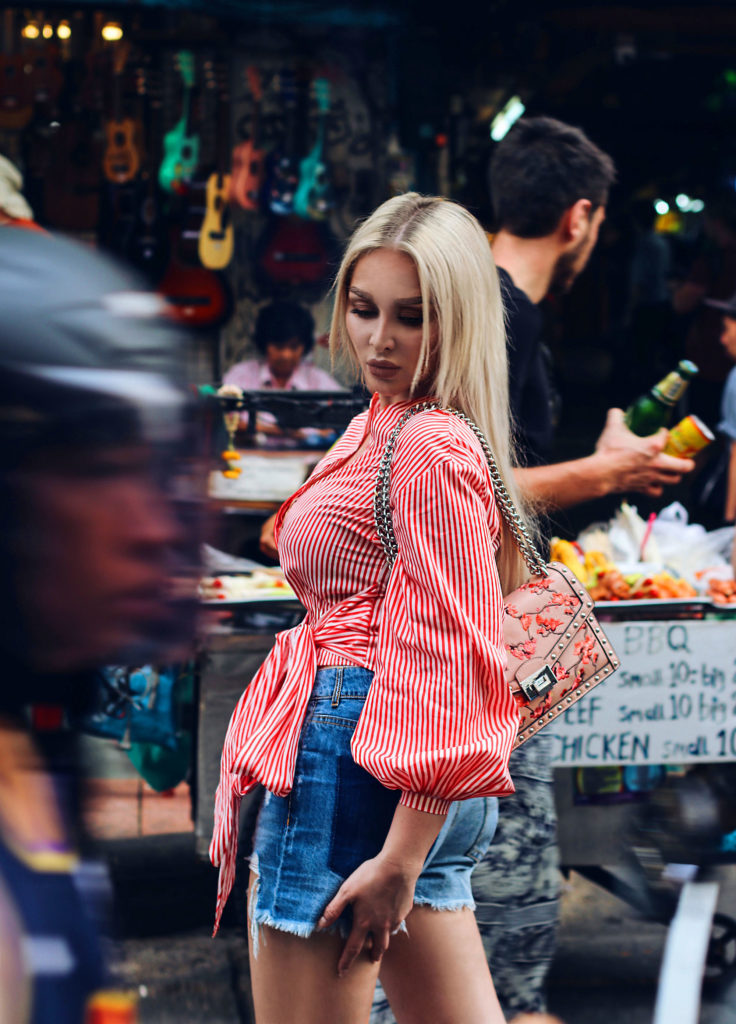 You can shop all the details in my LiketoKnow.it profile! The series was taken in the always busy Khao San Road which is very famous for its massage parlors, freaky food offers like roaches and scorpios and wild parties!

Why I chose it to be one of my 5 must-see places in Bangkok you can read up here.

But you guys, there is so much more to know about Bangkok! I looked up 15 curious facts about this city and some of them I haven’t even known! You will be surprised!

So let’s stay in Khao San Road for the first two points: 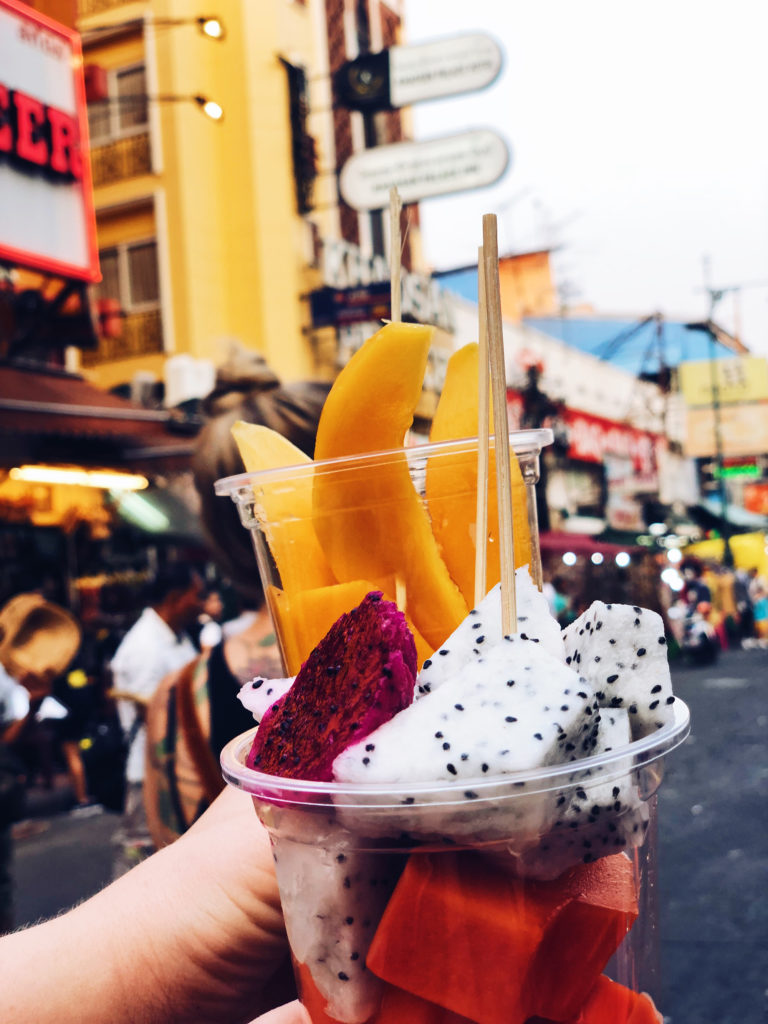 I can’t stress enough the importance of this point! Thailand and in general Bangkok is THE place to go for good food, exotic food, different and adventerous (test of courage) food! You will be astonished! Their street food tastes better and is fresher than an average good restaurant dish in Europe. Also you get all the different fresh fruits at every corner and you can choose your own mix for like 2€! And if you wanna play truth or dare after a few drinks you’re welcome to eat some insects (which I told everybody that I would totally eat but I couldn’t even come close to them haha). 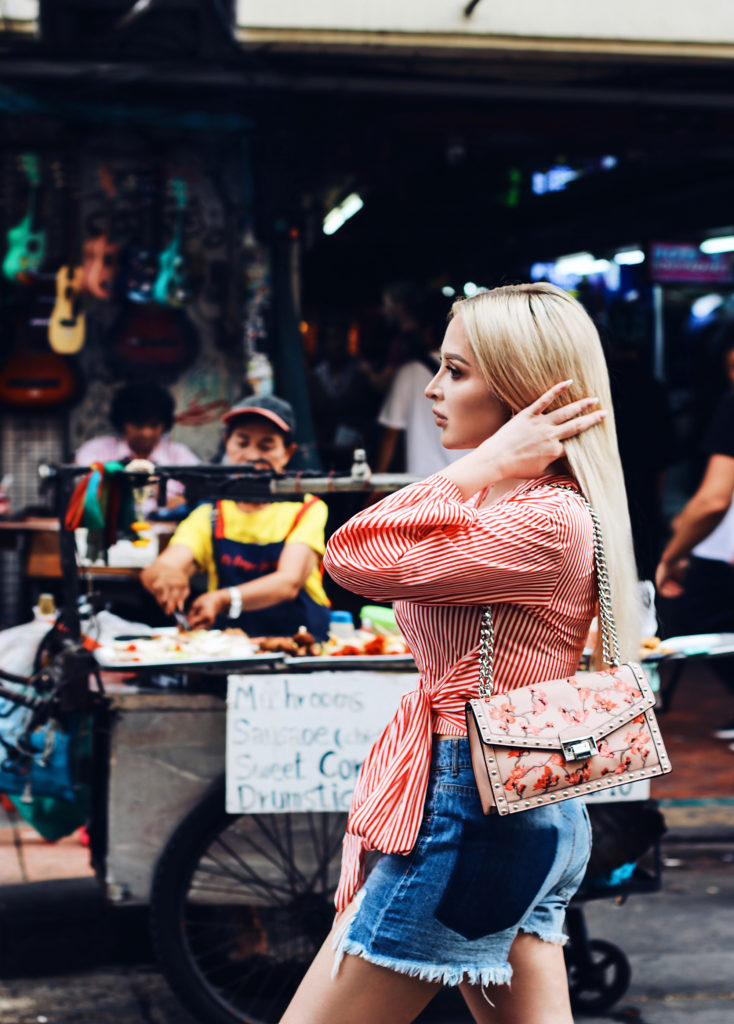 street food in the making behind me

So you will get a massage for basically 10 € or under, depending on the length. The parlors are everywhere, many of them located on the streets. So if you stroll by you can just have a seat, get a massage (they also bring you beer, the great Chang Beer!) and you can go on from there 🙂

Also a 4 hour spa treatment with around 15 different procedures (nails, waxing, different massages like for example the very aggressive and life threatening 😉 but yet great Thai massage, like 100 layers of facials and so on) will cost you only around 40€. I was in schock, literally. So we had at least one or two massages a day.

3. Venice of the East 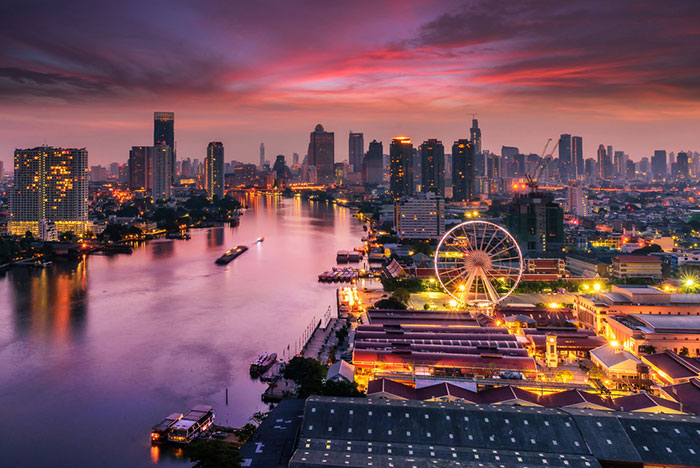 St. Petersburg is considered Venice of the North. Bangkok has a similar structure – it is built over a dozen of canals, and its buildings stood on stilts just like Venice. Although most canals have now been filled and paved, Bangkok is still popular with tourists as Venice of the East.

Just like Venice, Bangkok is sinking at a rate of 2 to 2.5 cm per year due to the heavy development and rising sea levels. According to a report by Thai Government, parts of Bangkok could be underwater in the next 15 years. So if you are planning to visit Bangkok, better do it sooner. 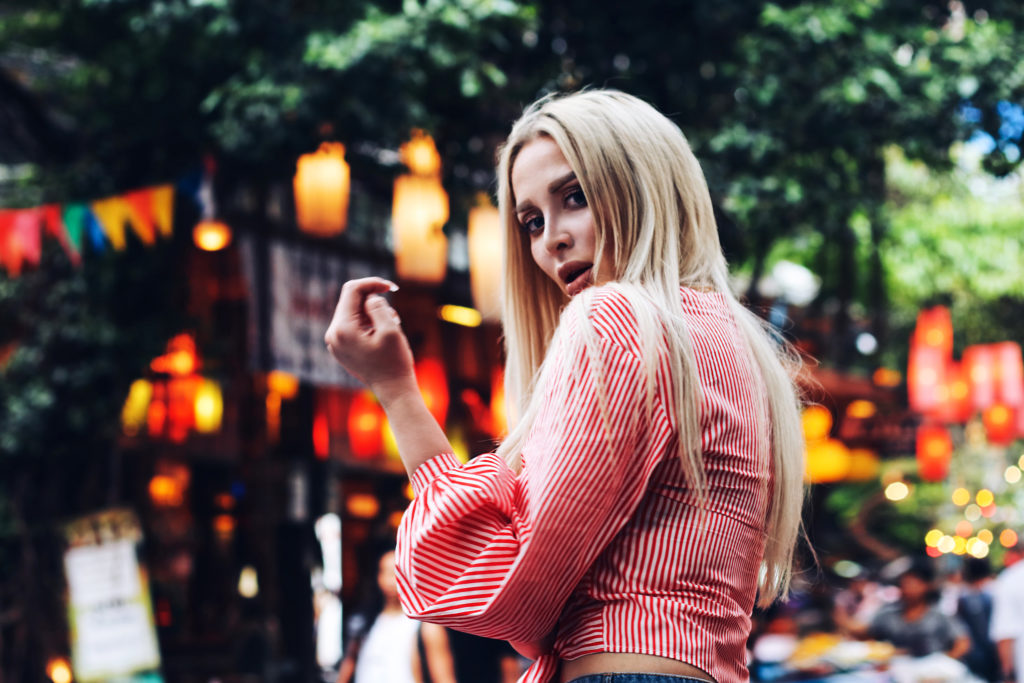 Say no more to that one.

No, really, it’s a-m-a-z-i-n-g. High modern skyscrapers, everything new and shiny. The subway is above the city and with lots of glass and also very clean. It’s not your typical Asian city at all, no prejudices here! More Singapur feels to it.

One of the most popular places is the aforementioned Lumphini Park in Silom, which hosts free open-air jazz concerts in the high season and where you can see open-air aerobics every afternoon.

For a jog, head to Benjakiti Park near Sukhumvit MRT – you can even jog (or take a leisurely stroll) from here to Lumphini on an underutilized cycle path.

There is a similarly named Benjasiri Park in Phrom Pong with kids’ playgrounds, basketball courts, a swimming pool and a lake with turtles – a popular place with families at the weekends.

7. Longest city name in the world 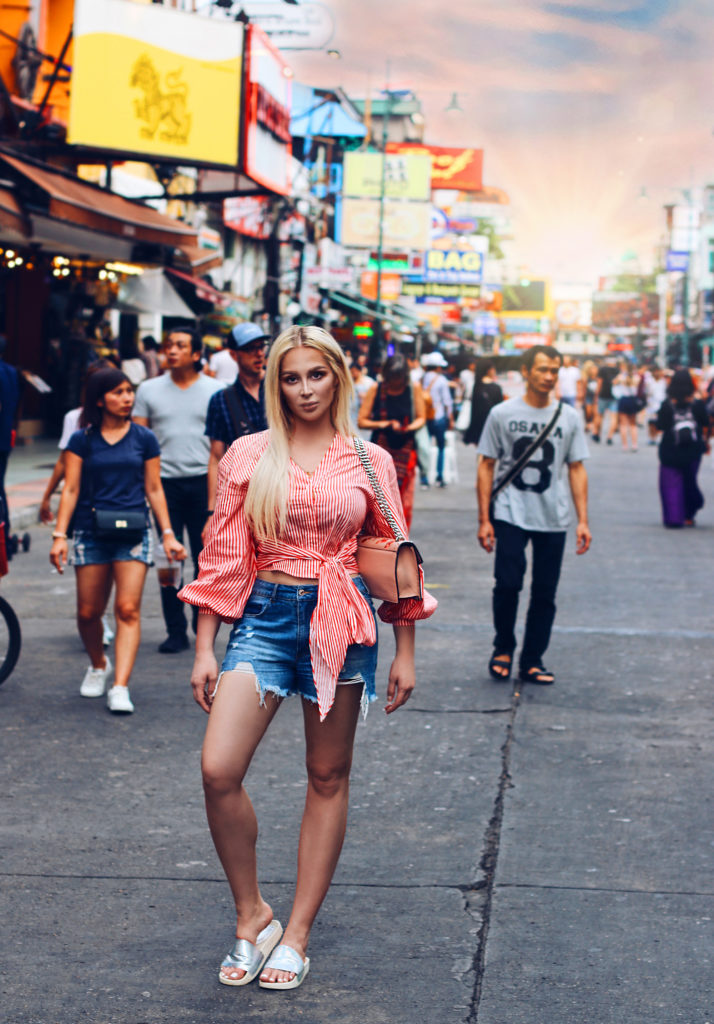 8. One of the world’s most popular cities

Bangkok is the prime and most populated city of Thailand with one of every ten Thai people living there. But not only the locals, but the visitors make it so crowded.

Add these to the permanent population and you start to understand why the city is so busy! Bangkok is one of the world’s most popular cities, attracting more tourists each year than even Paris. Exact numbers vary according to who you ask, but it’s somewhere in the region of 15 million visitors per year.

Another interesting fact about Bangkok is its land size. The city has sprawled out, especially since the boom of the 1980s. Today the city is divided into fifty districts with 35 of them located on the east bank of the Chao Phraya River, and only 15 on the western bank. As if 50 districts wasn’t enough, these are further subdivided into 169 subdistricts. 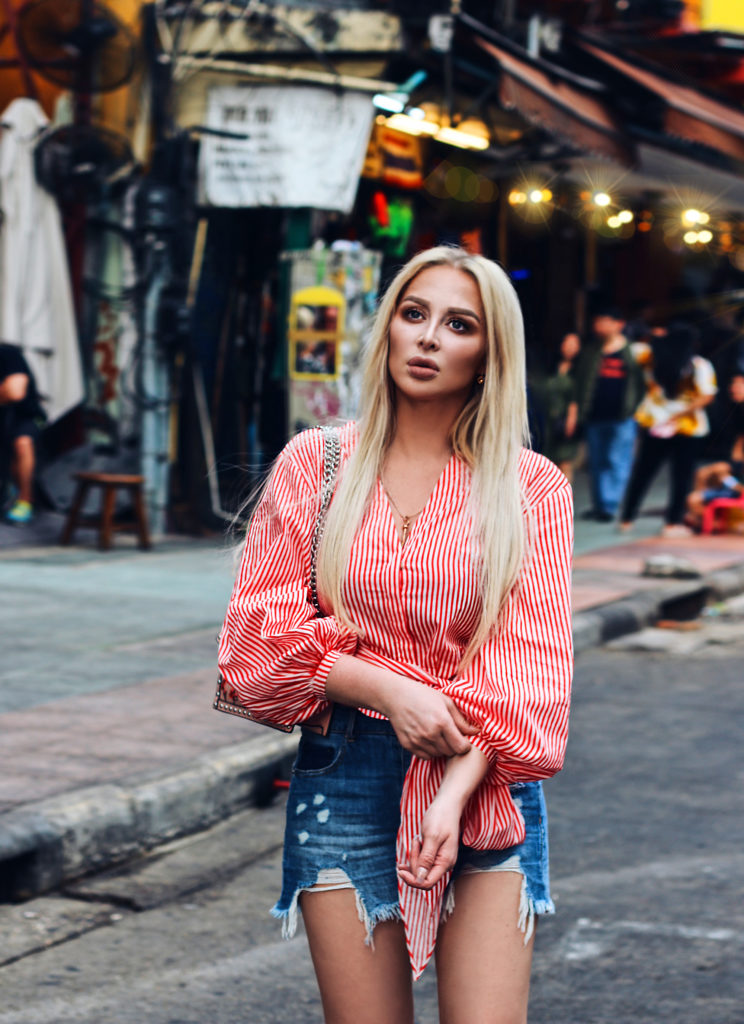 Bangkok does hold the title as the world’s hottest city! It’s not that daily high temperatures are really crazy high, it’s more the fact that the city remains hot all year round. The annual average air temperature is 28C, and the hottest months are from March to May. The truth is, whatever month of the year you come, it will be hot, but with slightly lower humidity levels the preferred time to visit is between November and February.

11. Largest Chinatown in the World

Another fun fact about Bangkok is that it’s reputed to have the largest Chinatown in the world. The vast area, known locally as Yaowarat, is full of streets and alleys that are in turn full of shops and restaurants and countless street food vendors. Visit Chinatown in Bangkok for the culture but stay for some of the best cuisine in the city, and goods and s
ouvenirs at some of the cheapest prices. While here, be sure to visit Wat Traimit so you can set your eyes upon the largest sold gold Buddha in the world. 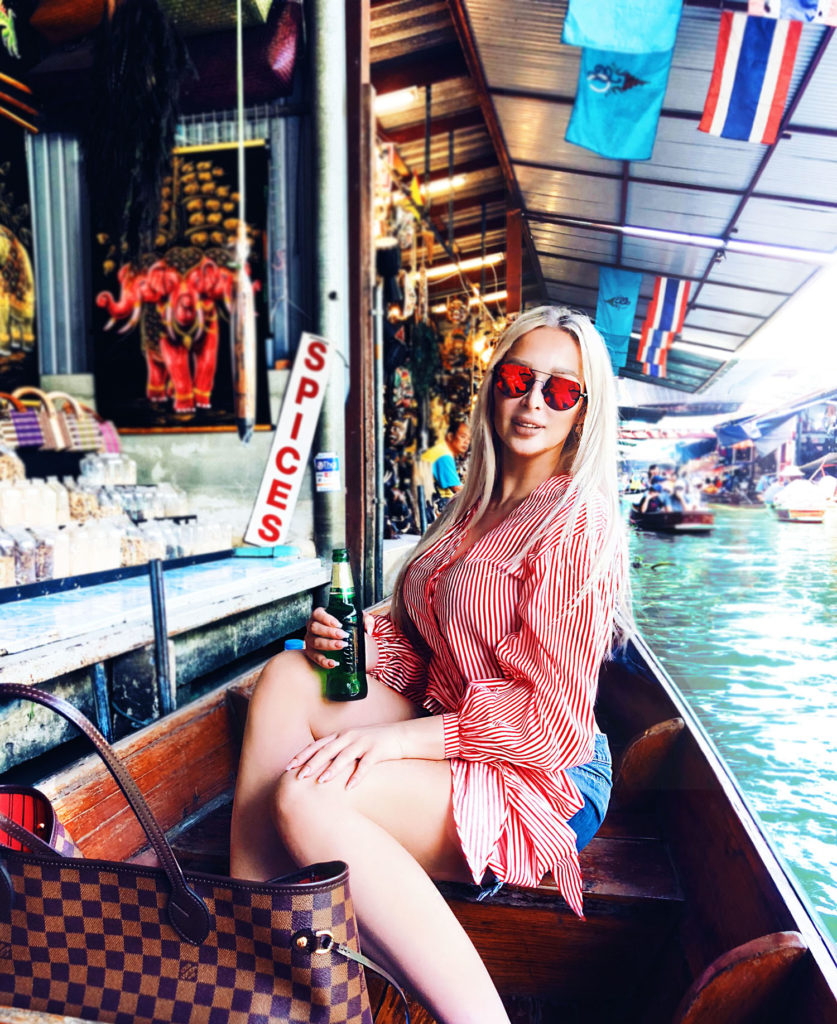 12. The largest market in the world

Leaving the house without underwear in Bangkok can lend you in jail. It is also illegal to drive a vehicle bare-chested. And be careful, do not step on Thai currency as it is also against the law.

Thais love their king, and it is particularly noticeable in Bangkok. You will find pictures and posters of the royal family in almost every corner of Bangkok. It is illegal to laugh at a picture of King or to say something bad about him so be careful. In theaters, king’s anthem is played before the start of a movie, play or any cultural program and everyone must stand to pay respect. Not doing so can also lead you to jail.

The world-famous energy drink Red Bull was created in Bangkok by Chaleo Yoovidhya in 1976. At the time of his death in 2012, Chaleo was the third richest man in Thailand with an estimated wealth of US $5 million. 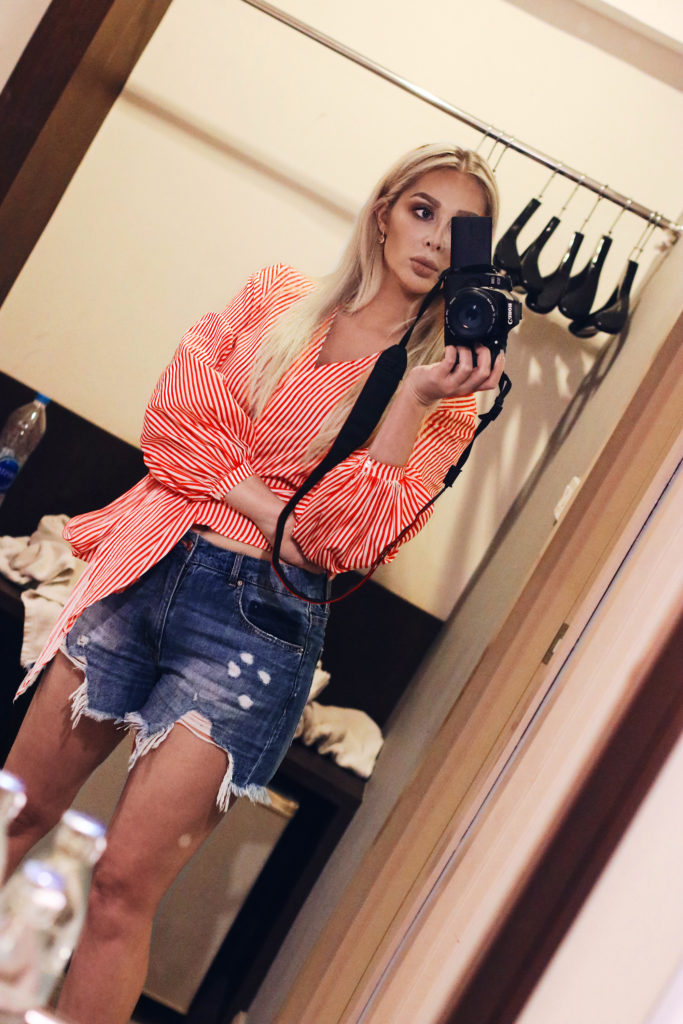 I am totally a sucker for Red Bull, but not even close as much as I used to be

Along with Male and Female washrooms, you would find a third option for transgender washrooms in Bangkok. Thailand is now one of the first countries in the world to introduce this.

I hope you guys found this article entertaining and tell me which fact was the most fun one for you? For me definitely the strict/strange laws and also the fooooooood, I made it #1 for that!