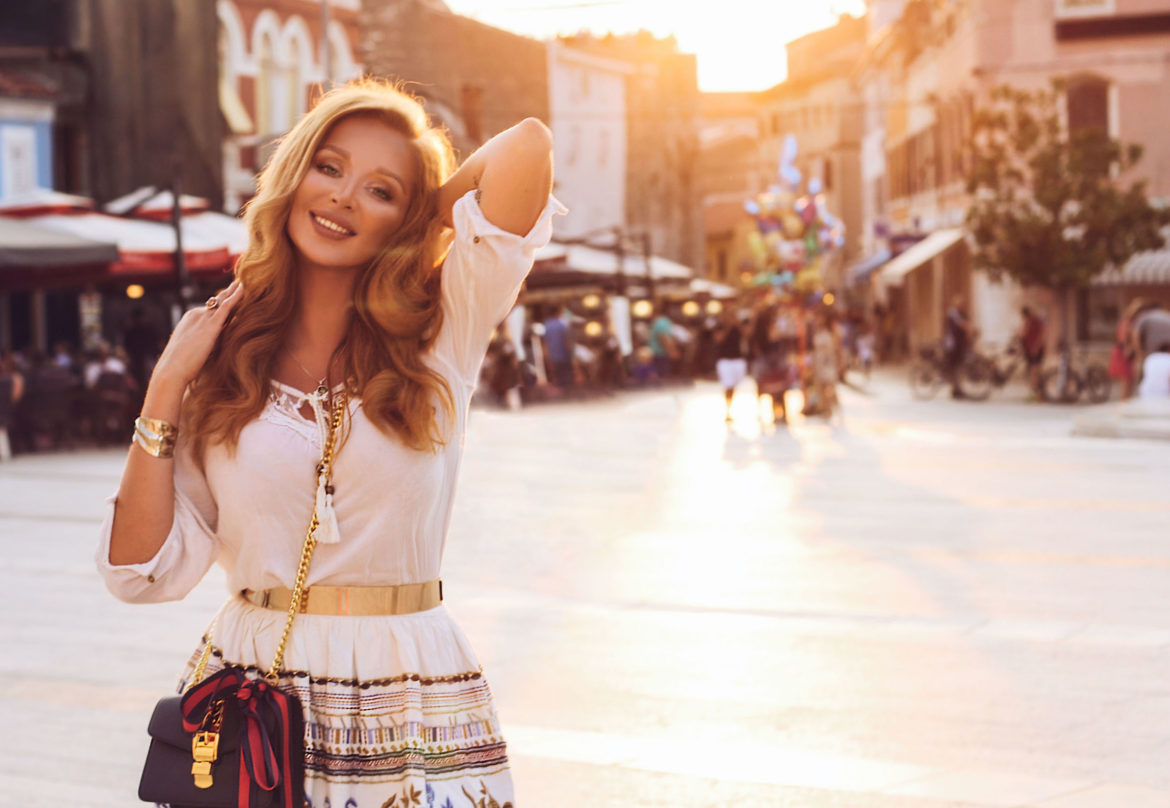 Here I have some golden hour shot for you guys, out of Peric, Croatia. I went for a white summer look with a linen blouse and a white folklore inspired skirt. How I love to pair mini skirts is always with a top with long sleaves, it’s a MUST. Otherwise you’ll look like a teenager from the countryside who’s still caught up in the 00’s. And of course, if one is with loud pattern, the other one should be in one bold color. And of coooourse I went for GOLD!

I got those cute fur shoes from Canada, don’t remember again where they’re from but it doesn’t matter because they are all over. My second choice would’ve been Fenty’s, totally need to get my hands on them in some colors. I wear them sooo much, because something like that kinda breaks the rules and makes an elegant outfit look cool and stylish 🙂

From the point of an artist, I ALWAYS wanted to shoot in an European old town during the golden hour. As I didn’t want to distract from it I chose the neutral colors of clothes, because for me, art is always on the first place and fashion is basically just a momentary expression of it! 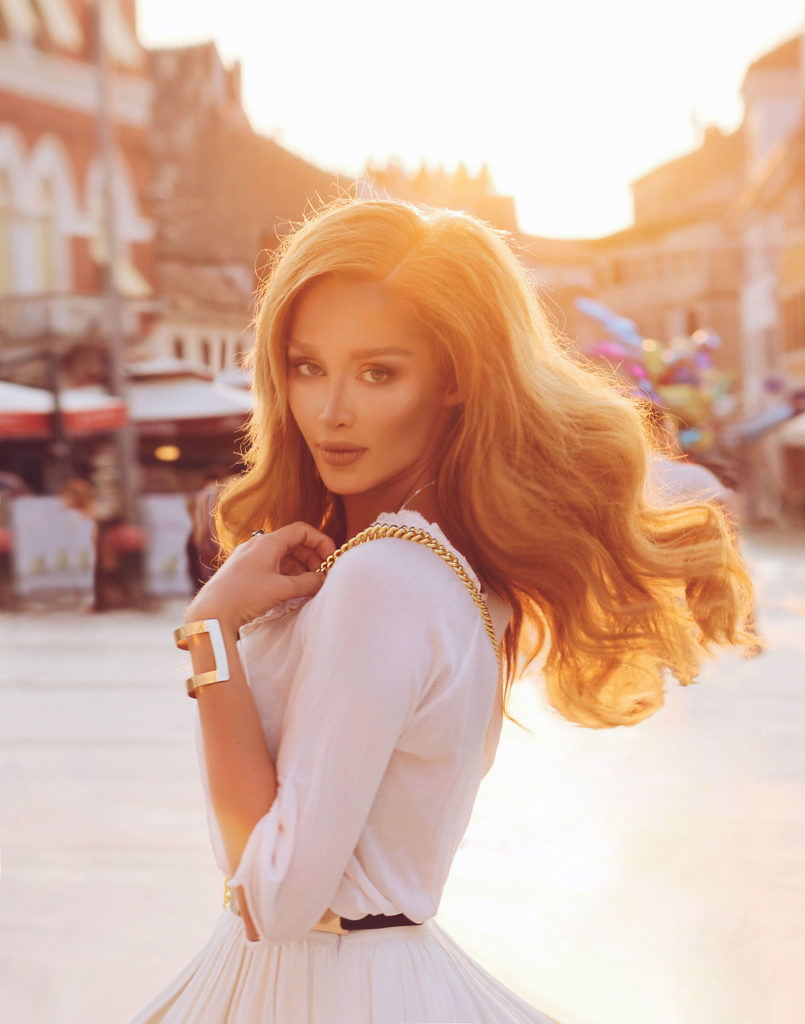 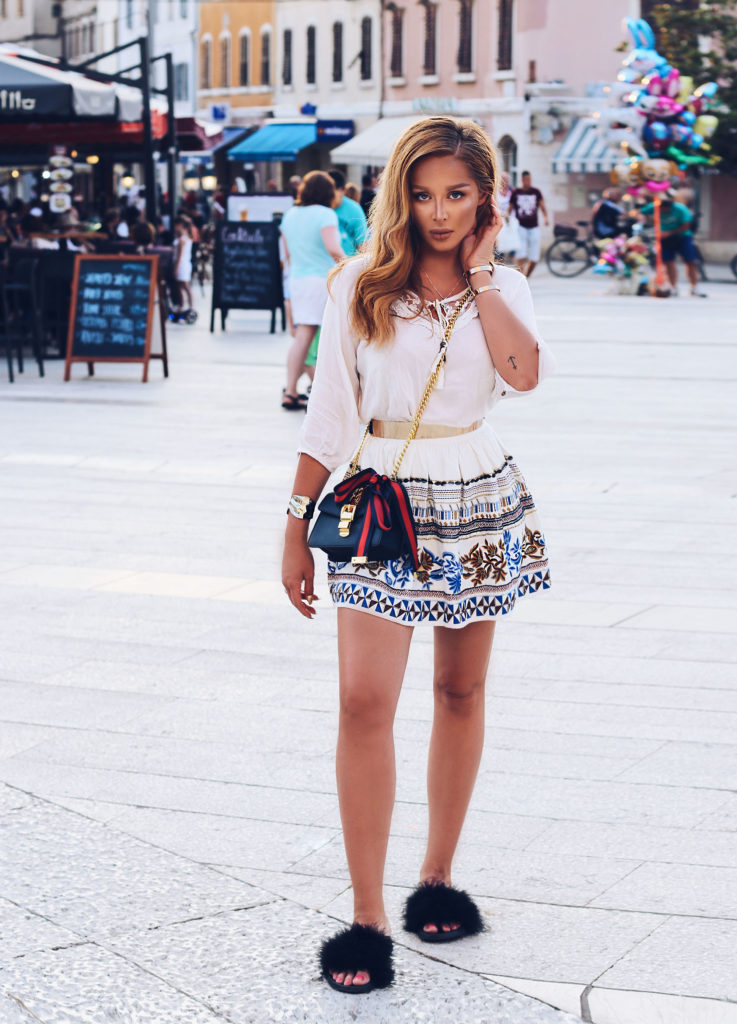 in the middle of the old town surrounded by the prettiest restaraunts, cafes and bars – most of them are in ancient cave or stone buildings 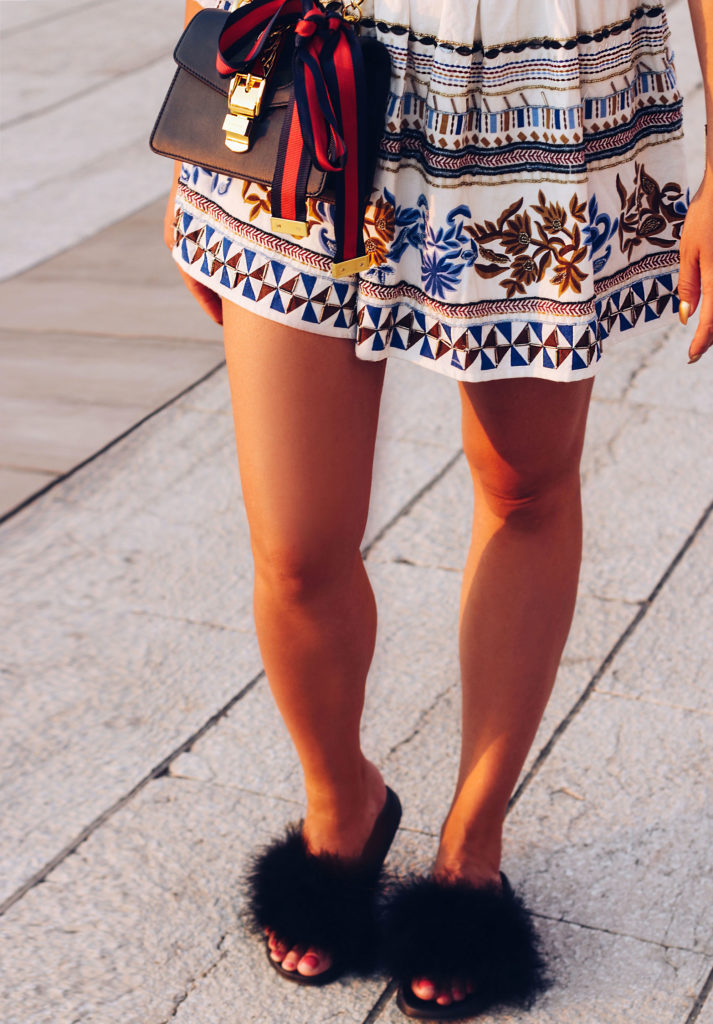 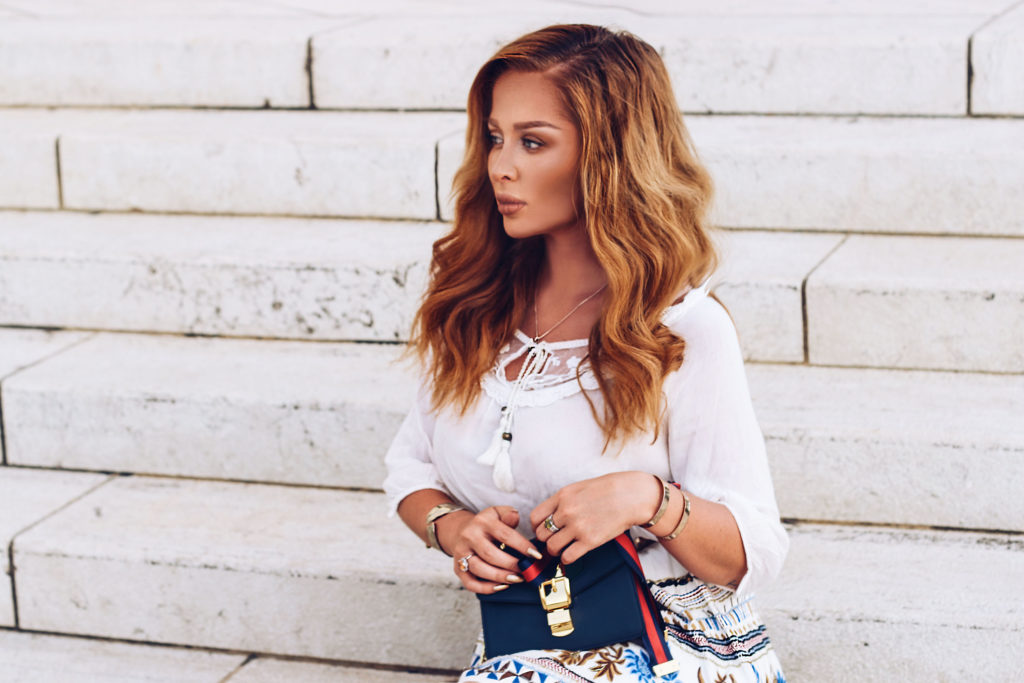 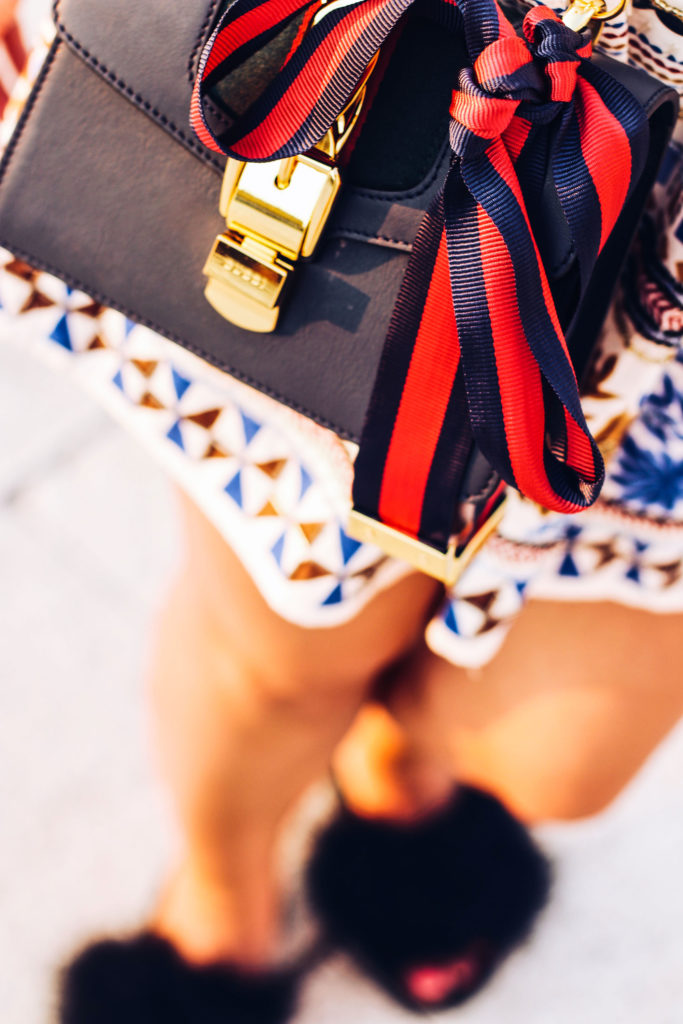 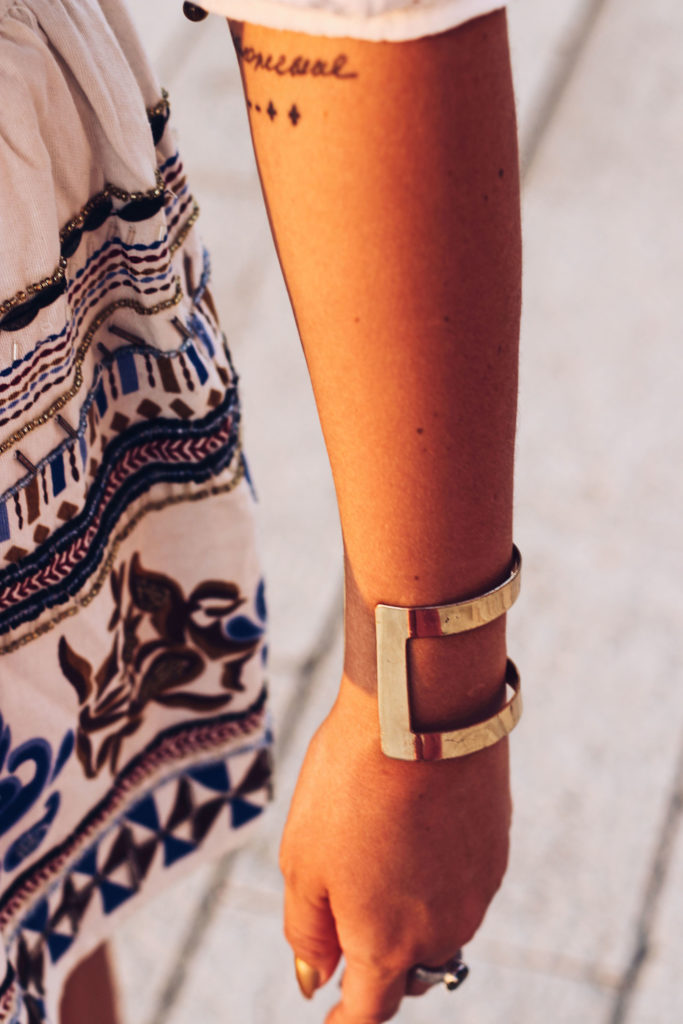 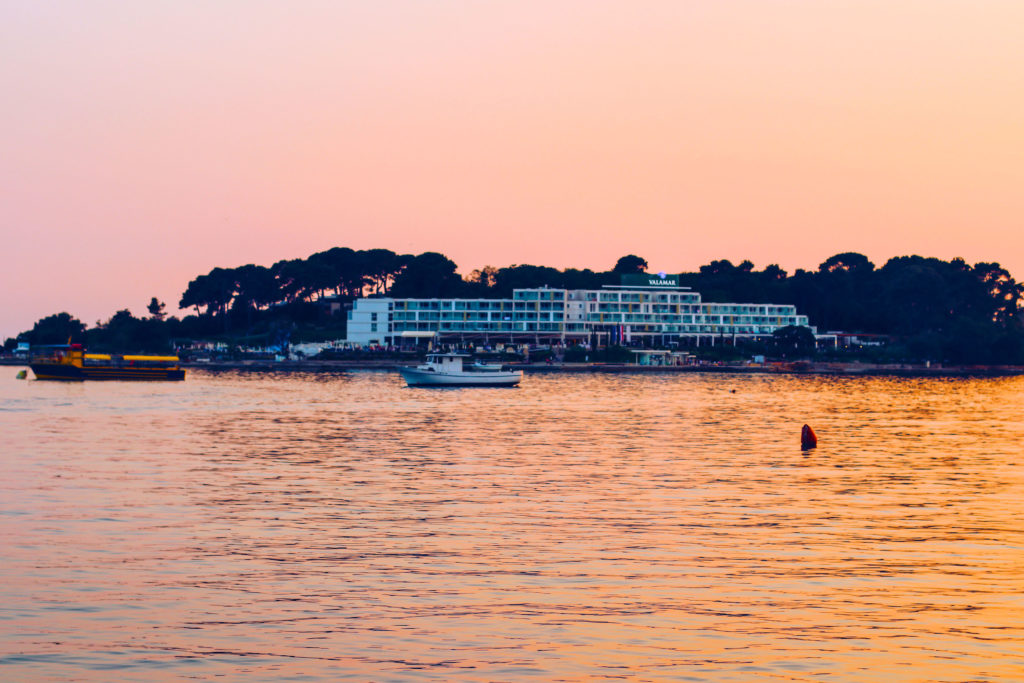