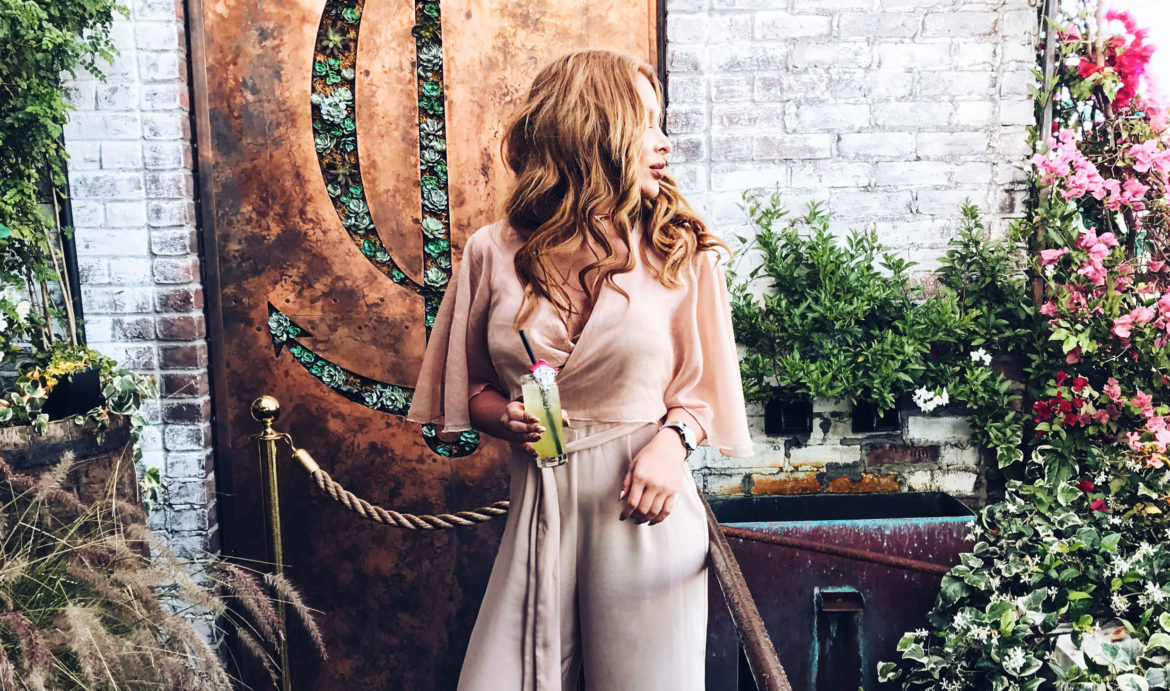 This post is more of a mix between my white-on-white outfit pared with transparent shoes and a bold blue Hermes Birkin bag and some travel pics from our visit to West Hollywood and Beverly Hills.

We took some beautiful pictures in font of the famous Beverly Hills sign of the Beverly Hills Gardens. Looks pretty lonely, doesn’t it? Guy you won’t believe how hard it was to get everybody out of the frame. Loads and loads of crowds, especially from India were there and of course, everybody wanted to take a picture in the same spot. So we din’t have a lot of time to do it 😉 Have to hurry up and be very professional and focused haha!

I went for a full on white-on-white look as I think its the best for summer. Shoes are some non-distracting transparent heels, they are literally my go to fav of the season! You can pair them with everything! I assume I would need to write a post just on those shoes and sum up all the different styles I did w/ them!

So, as the whole outfit was in one color, I thought of giving it a pop of color by paring it w/ a bold bright Birkin and silver Dior sunnies. Liquid matte lipstick by Anastasia Beverly Hills in “stripped”. Its so my everyday tone, its weather too night nor too dark and warm and peachy instead of rosewood like “crush”. (They’re both same darkness level)

We totally wanted to hike all the way up to the Hollywood sign, but everybody told us it not possible, there are no cars allowed. And of course, we’re lazy, we wanted to uber our way up. But the ppl from the hotel or uber drivers told us, its not possible, unless you book this huge bus tour because they’re allegdly allowed to pass the way up the hills and then you will have to hike at least for 2 hrs. So good that we didn’t listen to anybody of them, but decided to take an uber. We had the coolest Russian driver, who brought us so close that we only had to walk up for 5 mins. So peeps, it is possible!

Once we were in West Hollywood / Melrose we went to check out all the nice stores that there were and also the DASH store.

Then we went to Catch L.A. cause we figured their flowers would look so nice in pictures, and it was also very close. At the elevator we immediately ran into Nick Bateman and took a picture w/ him.

The cocktails are amazing and all I remember is that their lobster mac’n’cheese was amaaaazing! We ate some other oyster or seafood thing, but I don’t really remember that one, so it must’ve been not that crazy.

And guy, I really, really recommend you to book before you go. They just let us in because we were girls and looking all fancy because we came straight from the shoot.

Actually the nude jumpsuit was supposed to be my second outfit for the BH shoot after the white one. But out of nowhere, it started pouring soooooo heavily that we had to cancel everything and hide under a palm tree. It was literally this strength of rain wehere you feel like in a tropical shower. So the uber had to pick us up underneath the palm tree ( I gave the exact location because I was not willing to move anywhere haha) and we decided to go to Catch L.A. for drinks & dinner. 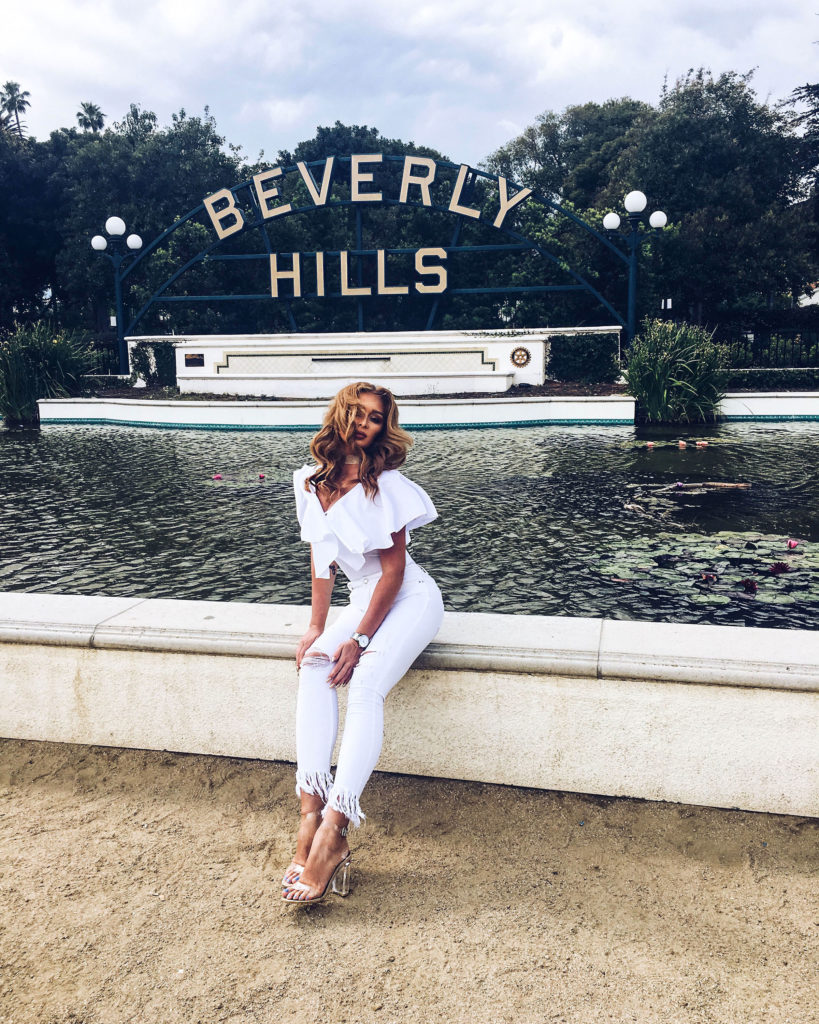 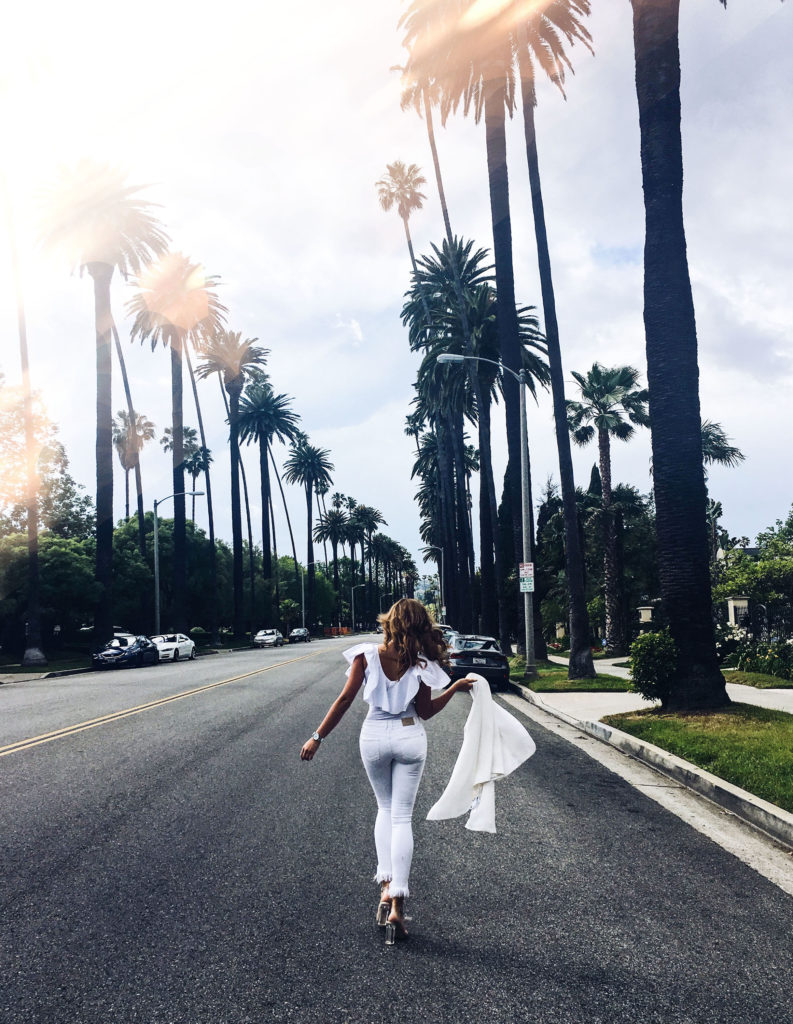 running down a Beverly Hills street 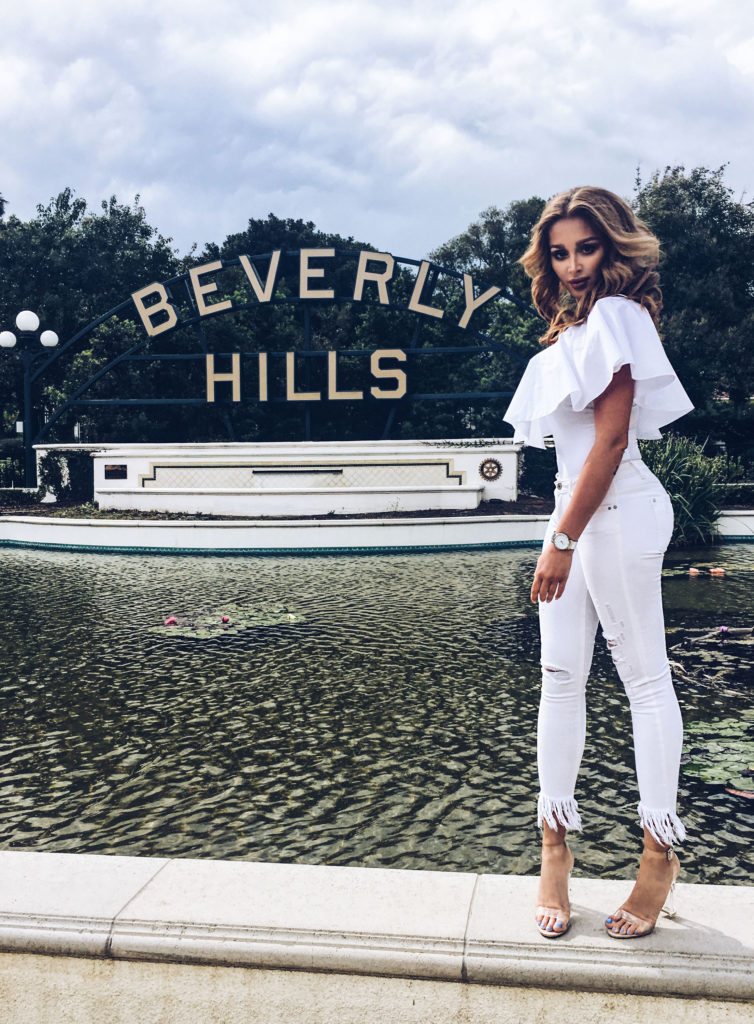 framin all of these other ppl out 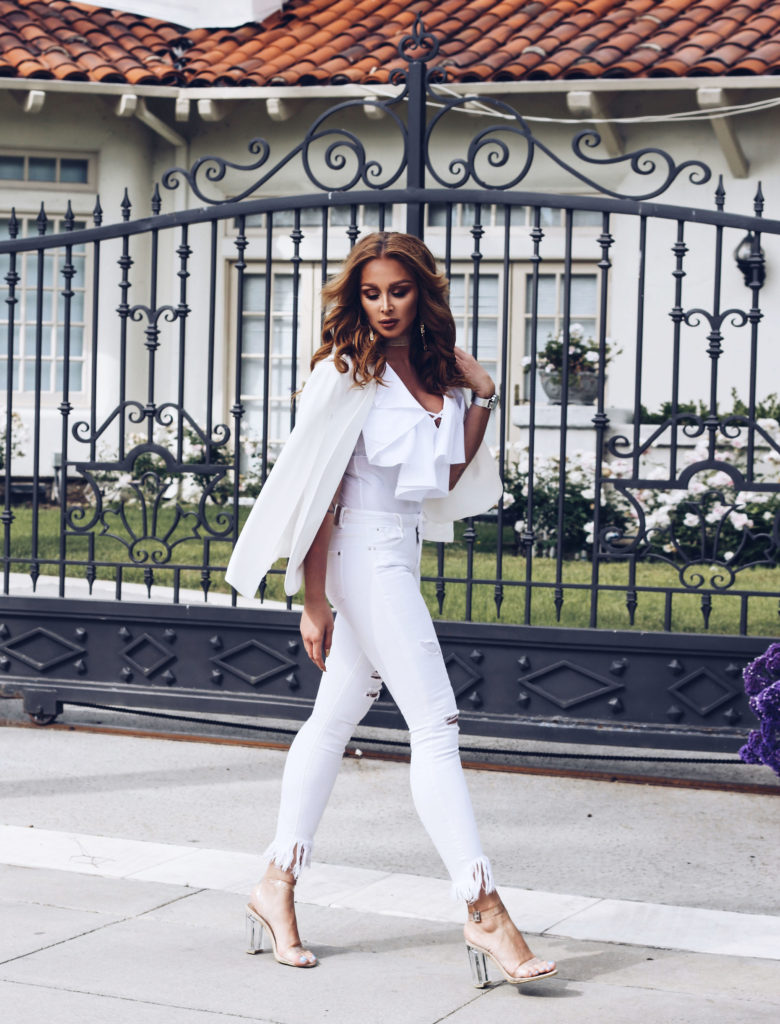 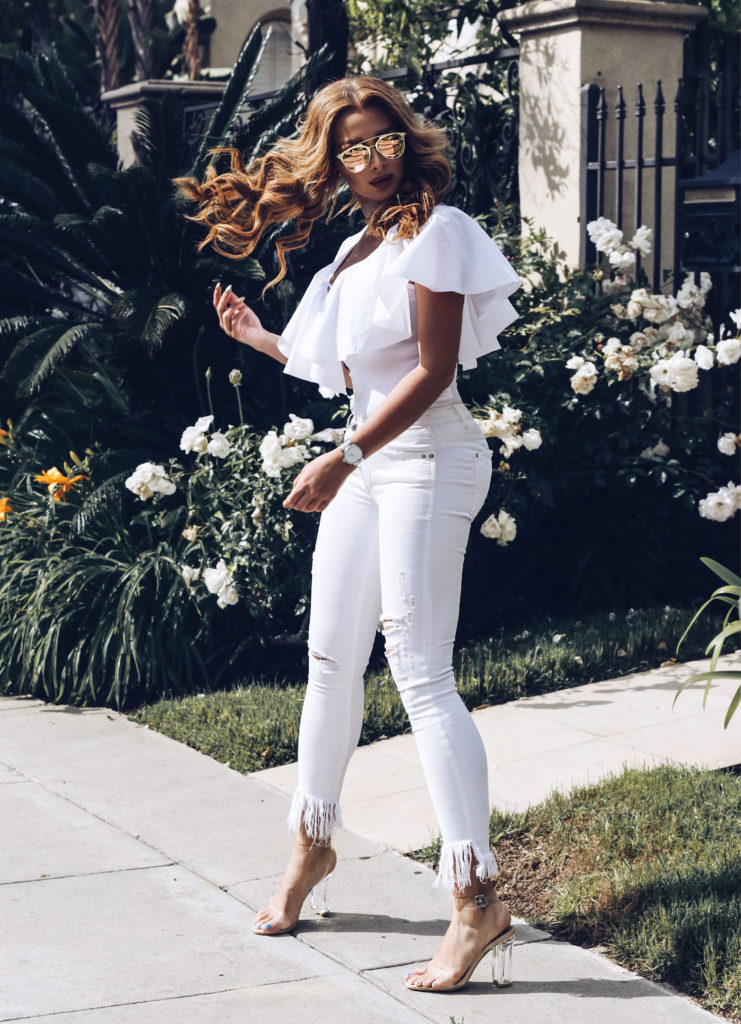 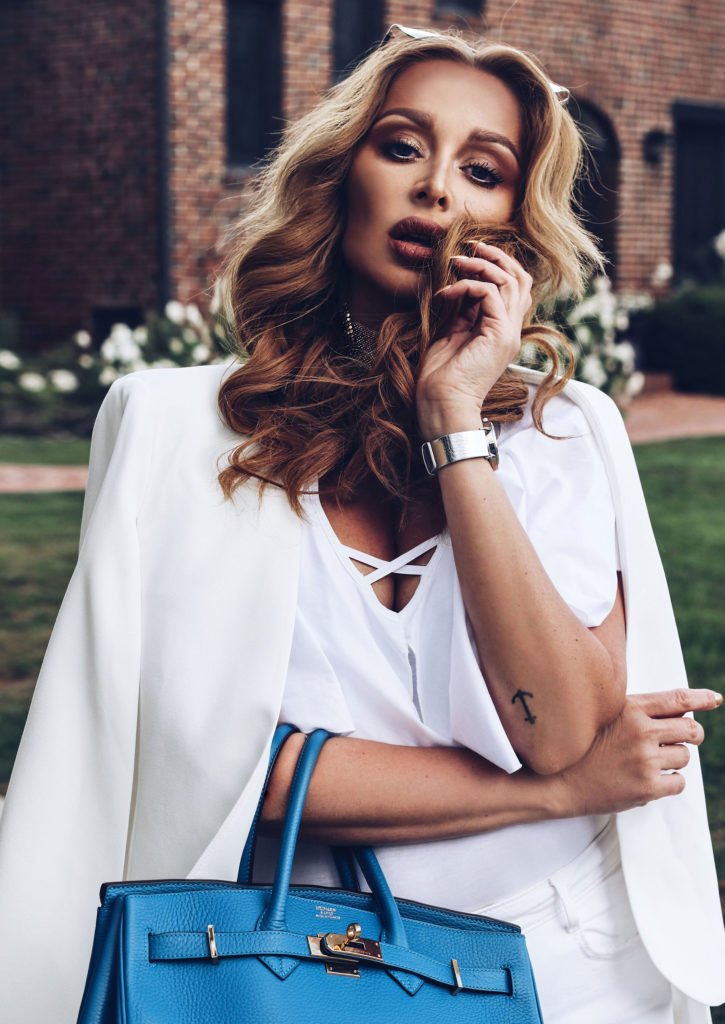 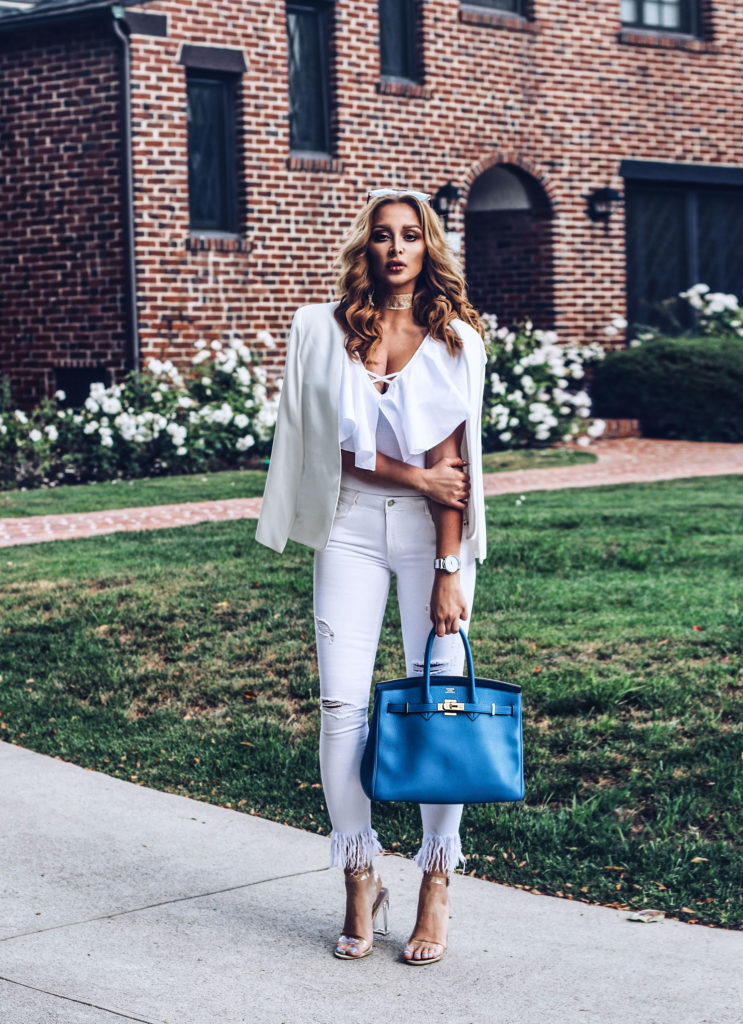 loved this brick house in the back 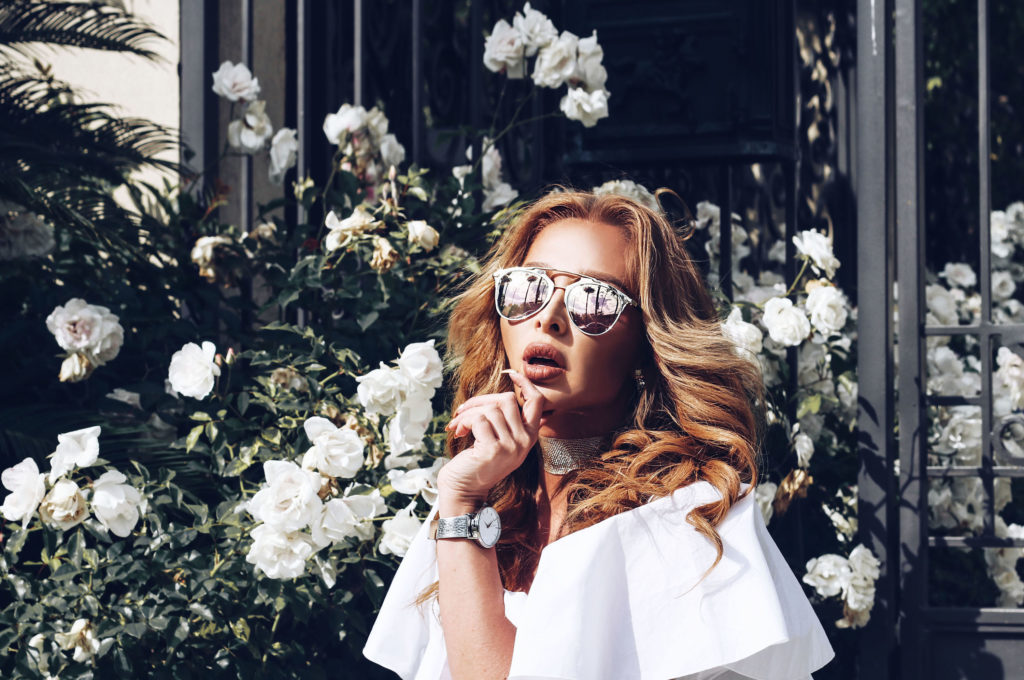 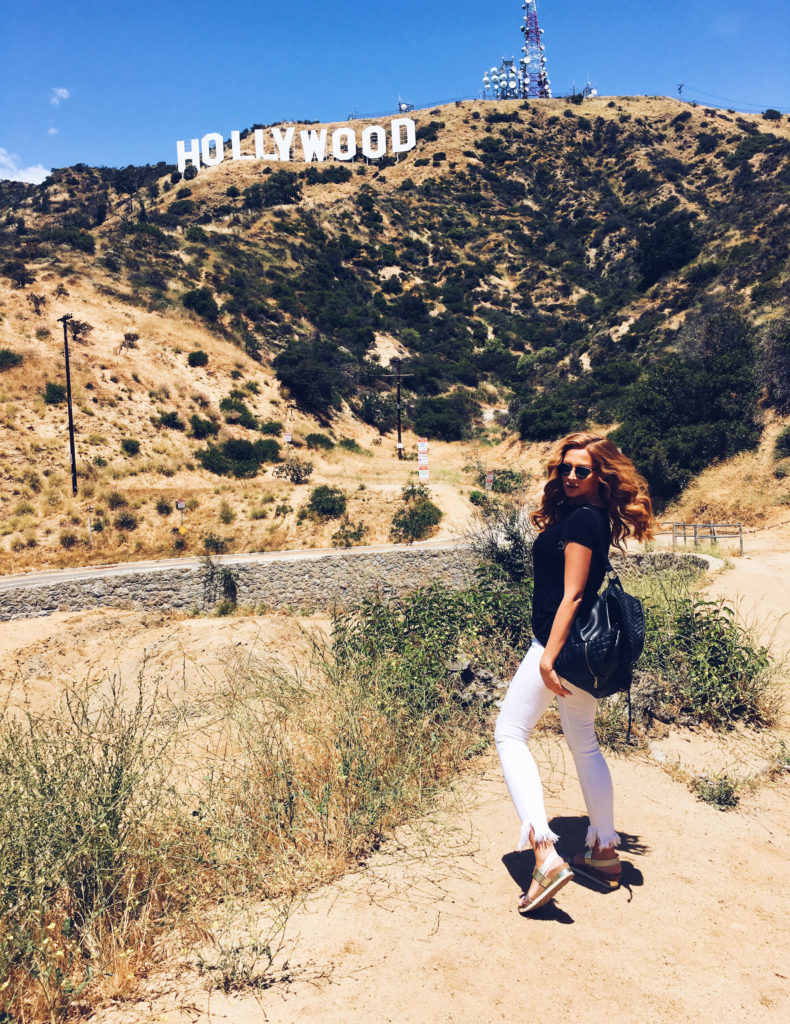 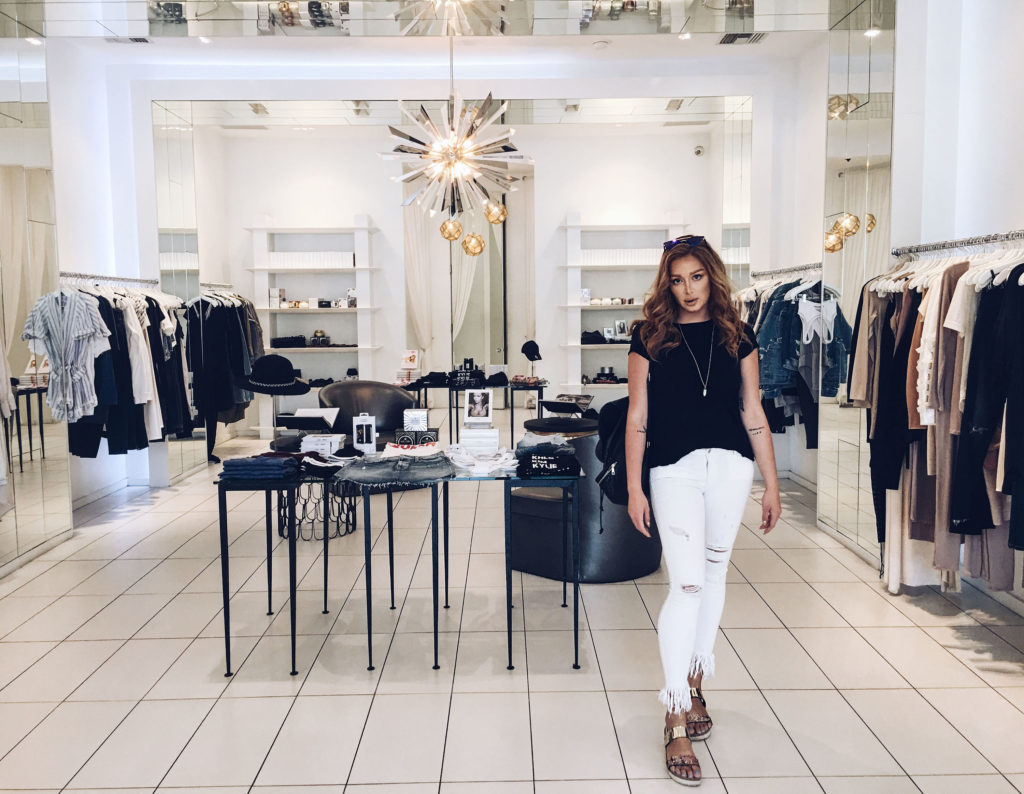 at the DASH store in Melrose 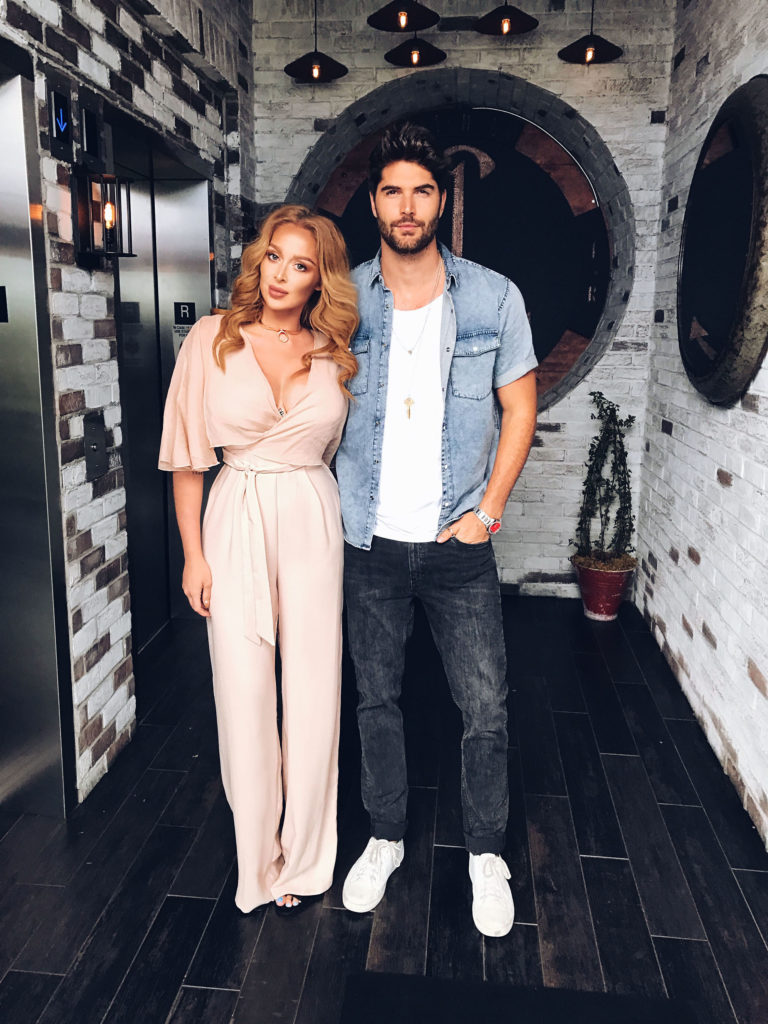 How pretty are their entrance flowers, please? 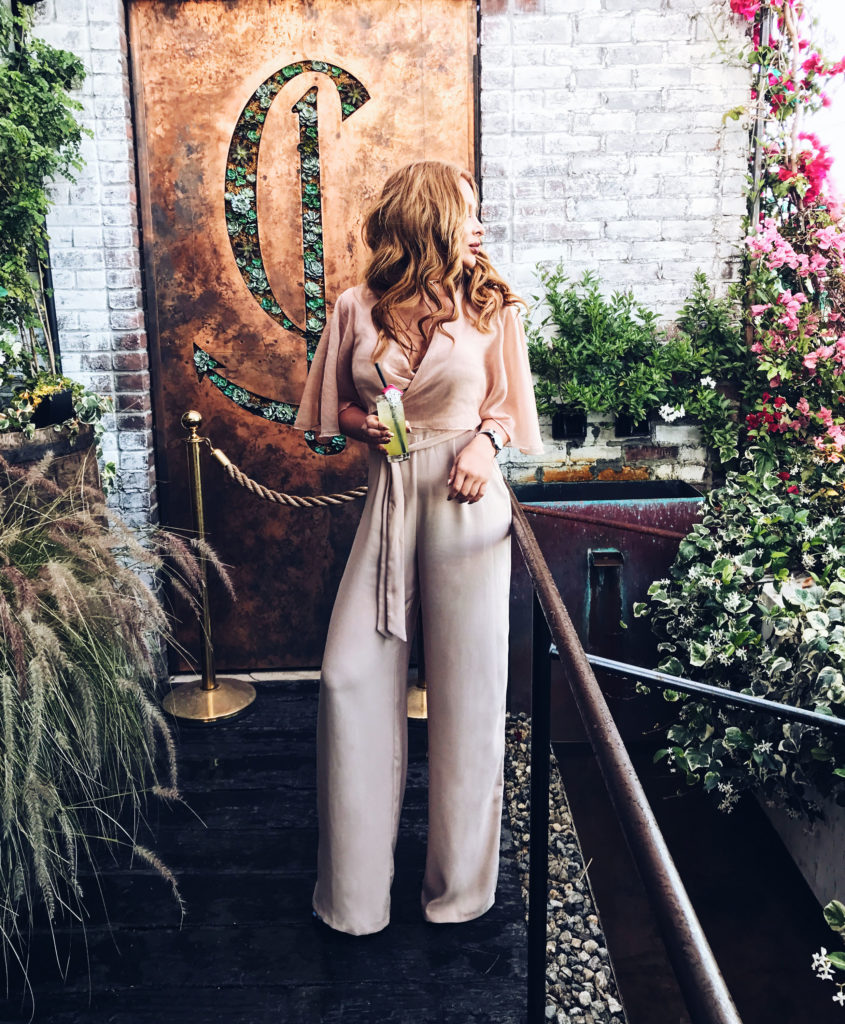 Your so gorgeous, if u make it through Denver,Co, would love a selfie😉

Wow you look so perfect.
I am so in love with this series, reminds me of a Fashion Editorial.
Lovely, you look so amazing.