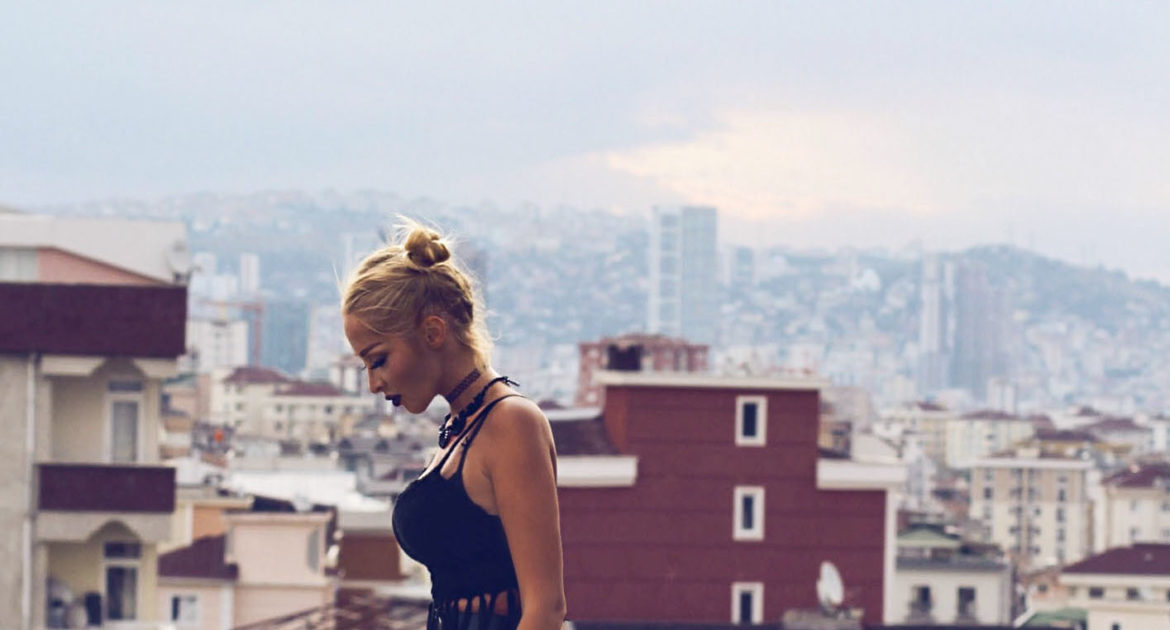 Not that it has something to do with City of God, but the cover pic of this post reminds me soooo much of the movie “City of God” that plays in Brazil where they also show this huge city full of houses and houses and houses for hours. Istanbul has around 20 MILLION people! Guys if you never travelled outside of Europe you can never ever imagine how those cities even look and feel. You’ll feel like slum dog millionaire! Haha 🙂 This reminds me of friends from Mexico City, the largest city in the world, who are in aviation, saying: You think you’re lading because you start flying over all of these crowded living areas but you have 1.5 hrs more to go!

As some of you know, I used to live in Istanbul twice. Once quite recently and another time when I was in 22 and in uni. Both times were the craziest, funniest and most memorable experiences ever.

Both times I stayed with modeling agencies I was chosen by. Our houses were full of Russian, Ukrainian (or let’s say in general Eastern European ) and of course Brazilian models.

I mean I know quite well, how it is to live with so so many nationalities and tempers. You have to understand that many of those girls have never done ANYTHING besides modeling in their whole life. All they’ve done was modeling and going to castings from a young age – so some of them are – let’s call it – socially awkward because they’ve never grown up surrounded by a social circle of same-aged kids that interacted with them without the dominant presence of competition like it’s supposed to be in a normal environment. Other girls went crazy with drinking habits and burn-outs because they were at the peak of their careers and the bookers pushed to to the edge. Many Russian girls are just really really hard to deal with, because since they were young girls they’ve got told that they’re oh so special and pretty and that there is a red carpet waiting for them in the big wide world. I mean, for me it’s not hard to get them, because I can relate to the communist thinking, that’s why I always ended up as everybody’s friend and even more the mediator between the groups because I got along with everybody. Or more likely because I’m a tomboy (at heart).

History repeated itself over and over again in so many other countries I used to live in for modeling.

Sometimes we had around 14 castings a day, that’s why we really got to see the city. You make friends easily – with girls and guys from another agencies as you’re waiting together for hours or go to the same parties. So in our free time we tried to do our best to discover the city, go out, shopping and just meet new people and hang out. Because basically everybody is new to the city. (Gosh I should really write an extra post on this, with all the behind the scenes casting pictures and videos!)

But for me, I also have many friends living in Istanbul who are not necessarily in fashion. The pics you will see now were shot at the roof of my friends house and are in Kartal, in the far far part of the Asian side. The European side is basically where people would work and where all the offices and banks are – you might have a city condo there – and on the Asian side is where the majority lives and where there is enough space for gated communities and bigger mansions. There will always be traffic. You might need 4 hrs over the bridge from one side to another by cab or car, so it’s more convenient to take the ship or the underwater subway.

For this shoot I wanted something more artistic as I get bored immediatley with those 101 “pretty” pictures so I decided to go for an edgy dark goth look. I looooove how you can see the whole city and its hills and especially the sea in the background! OMG I need to go back ASAP although I’ve just been couple of months ago.

So guys, there was such a huuuuuge storm coming up, you could hear thunder and see huge flashes in the skies and it started to rain so heavily in the end. But I love how it made the sky look so dramatic! 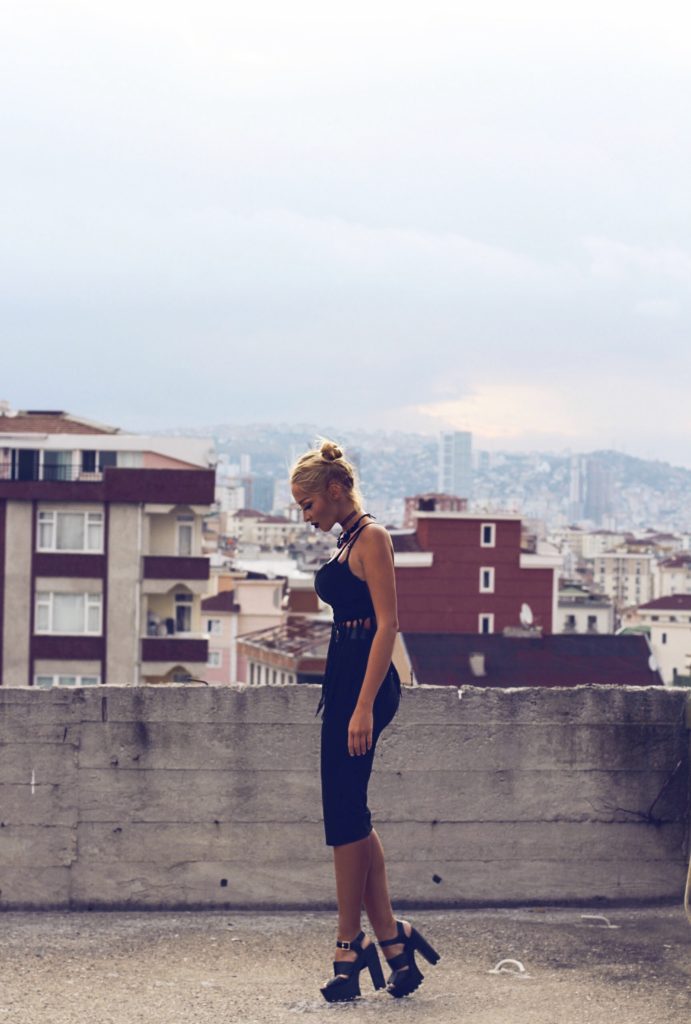 the cover pic in full size 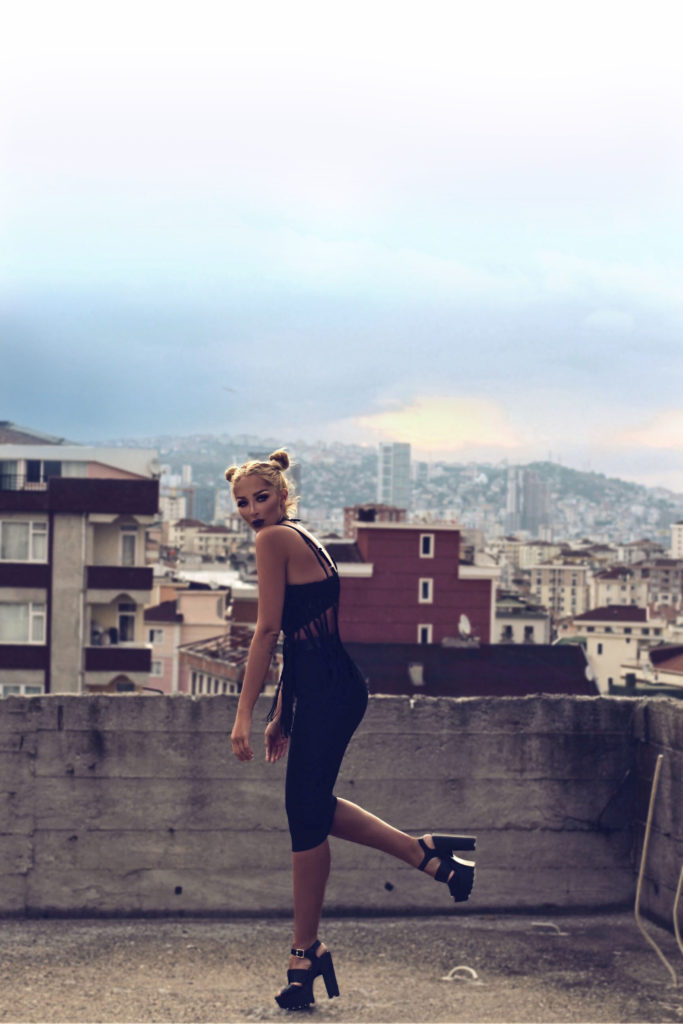 I love the skies and the crowded hills everywhere 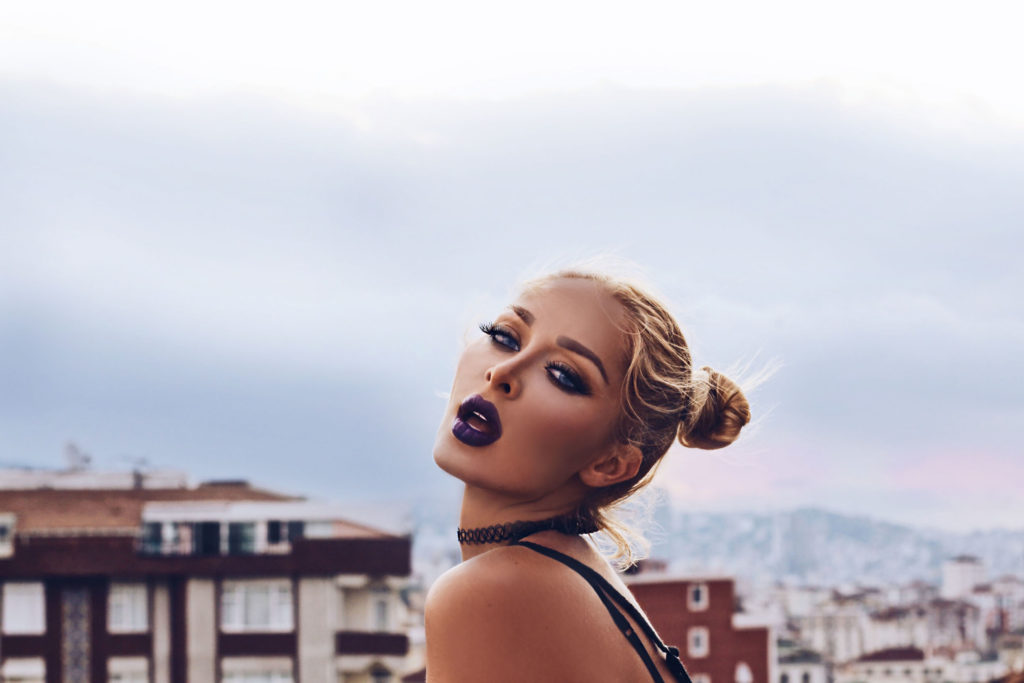 the lipstick is by golden rose, an amazing Turkish brand. I basically own my own store of their products at home hahaha 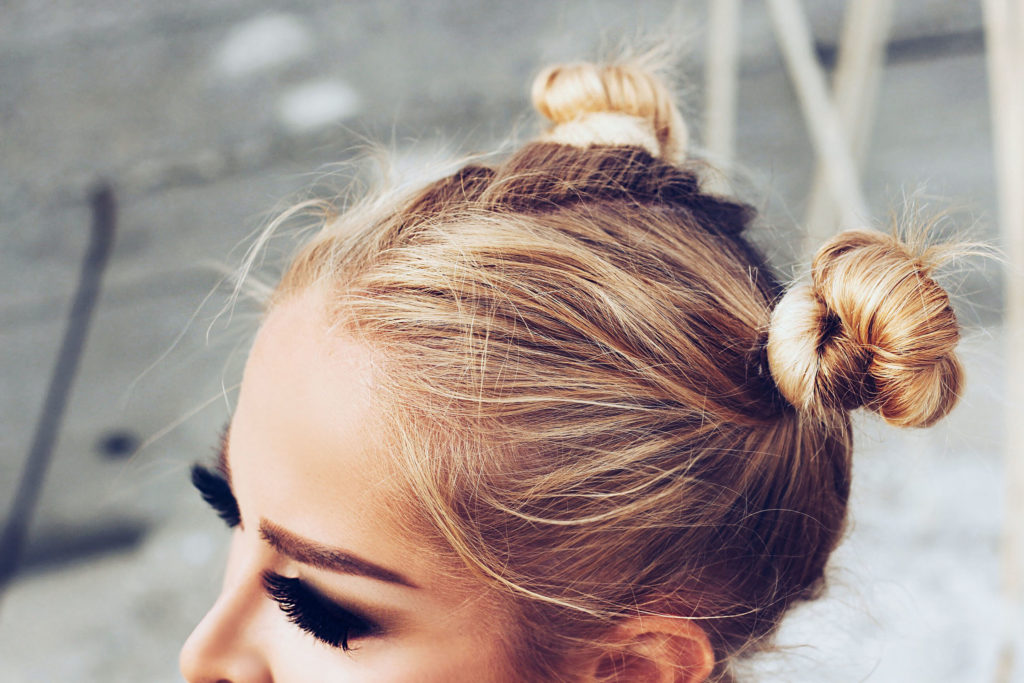 look at my cute buns 🙂 lashes are by hudabeauty in “Sophia” 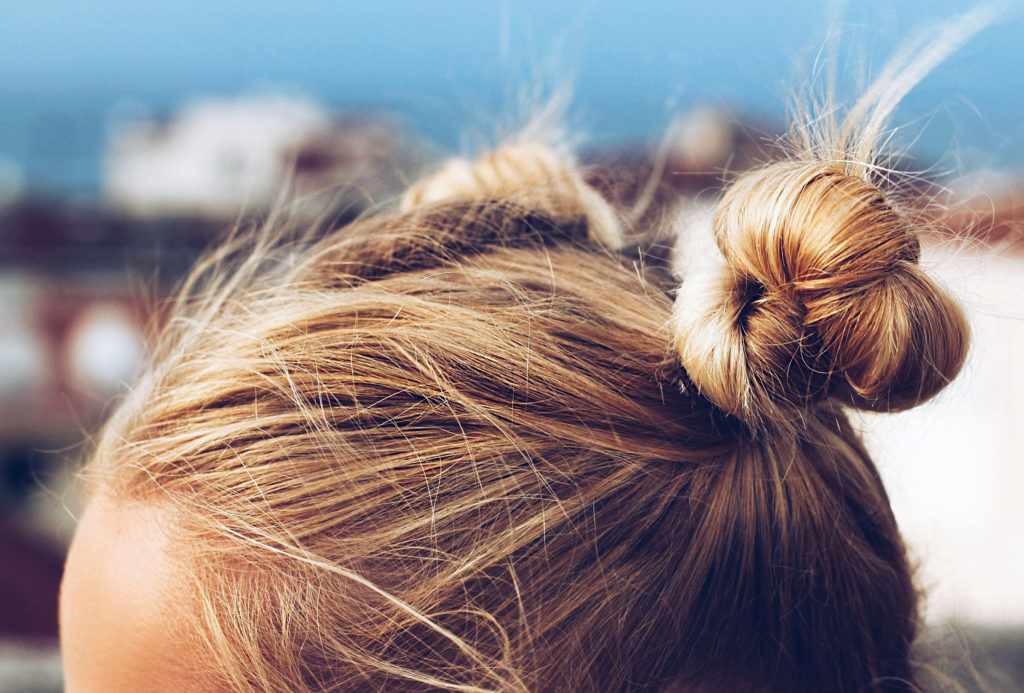 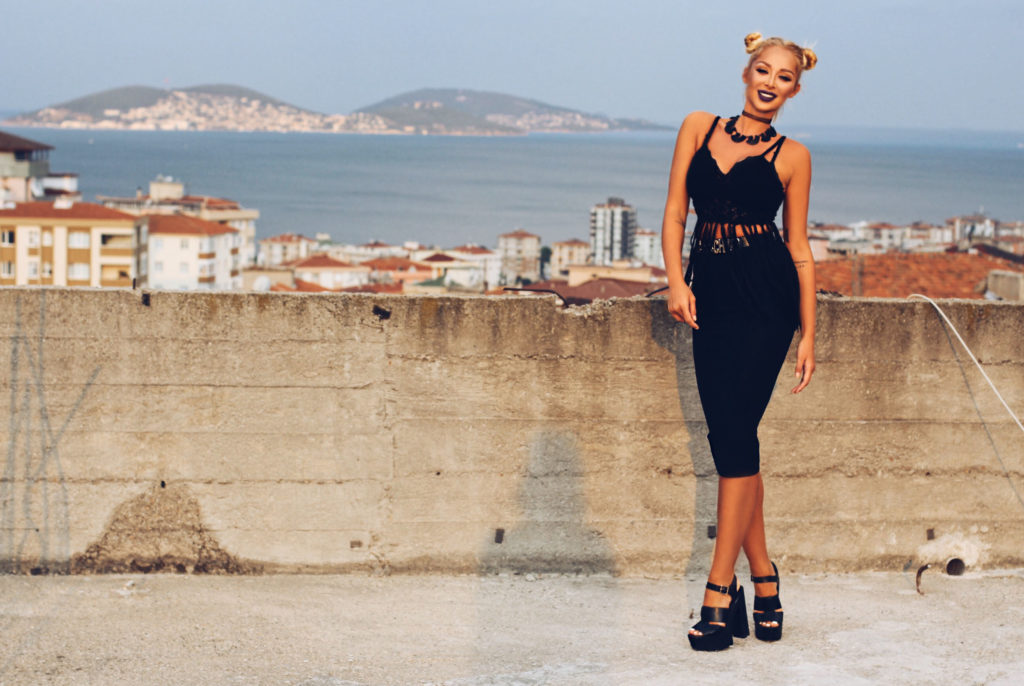 smile even if your goth make-up tells you otherwise 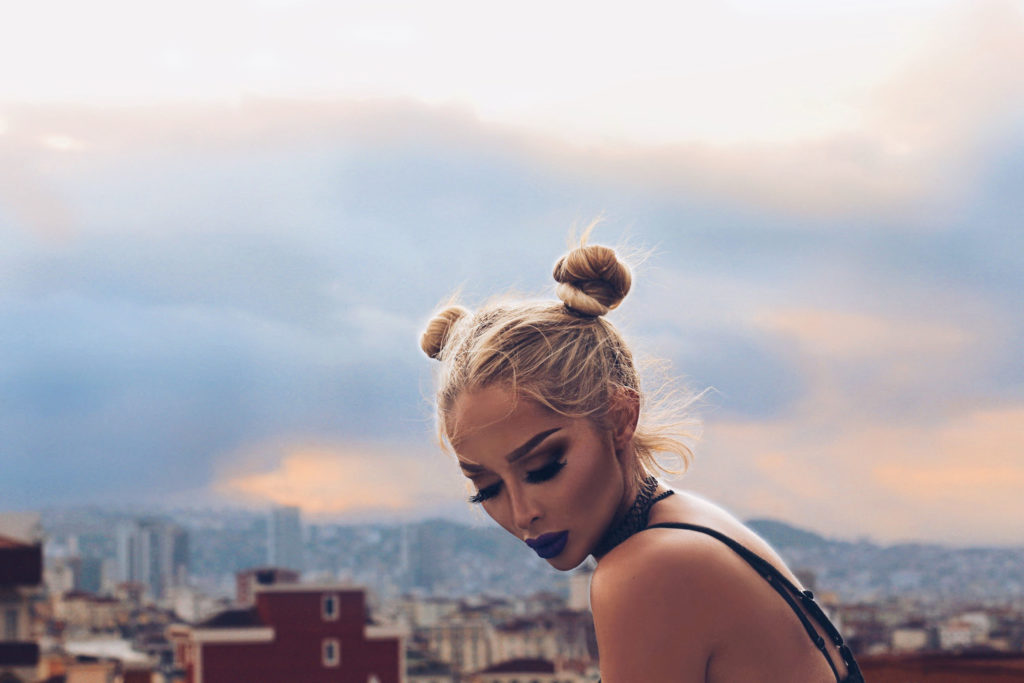 here the sky is soooo dark yet colorful 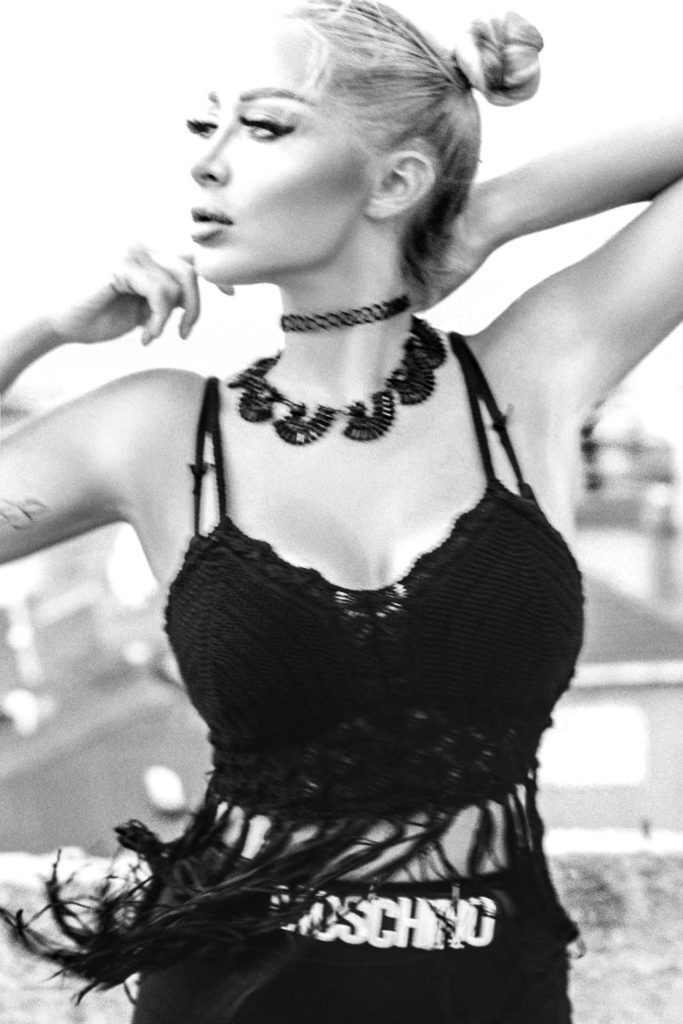 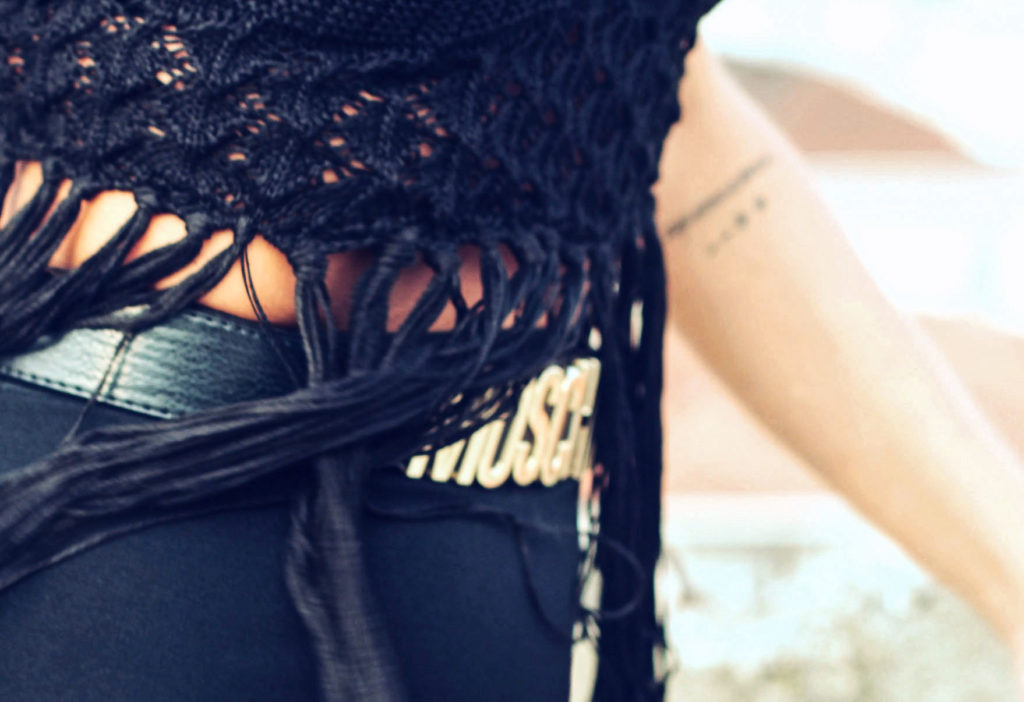 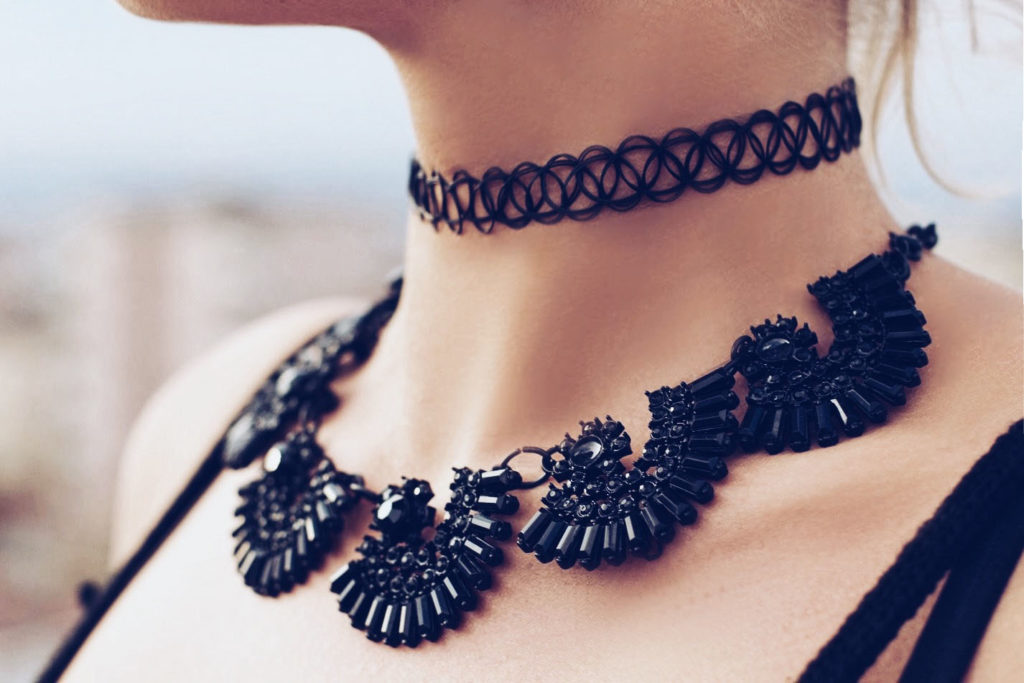