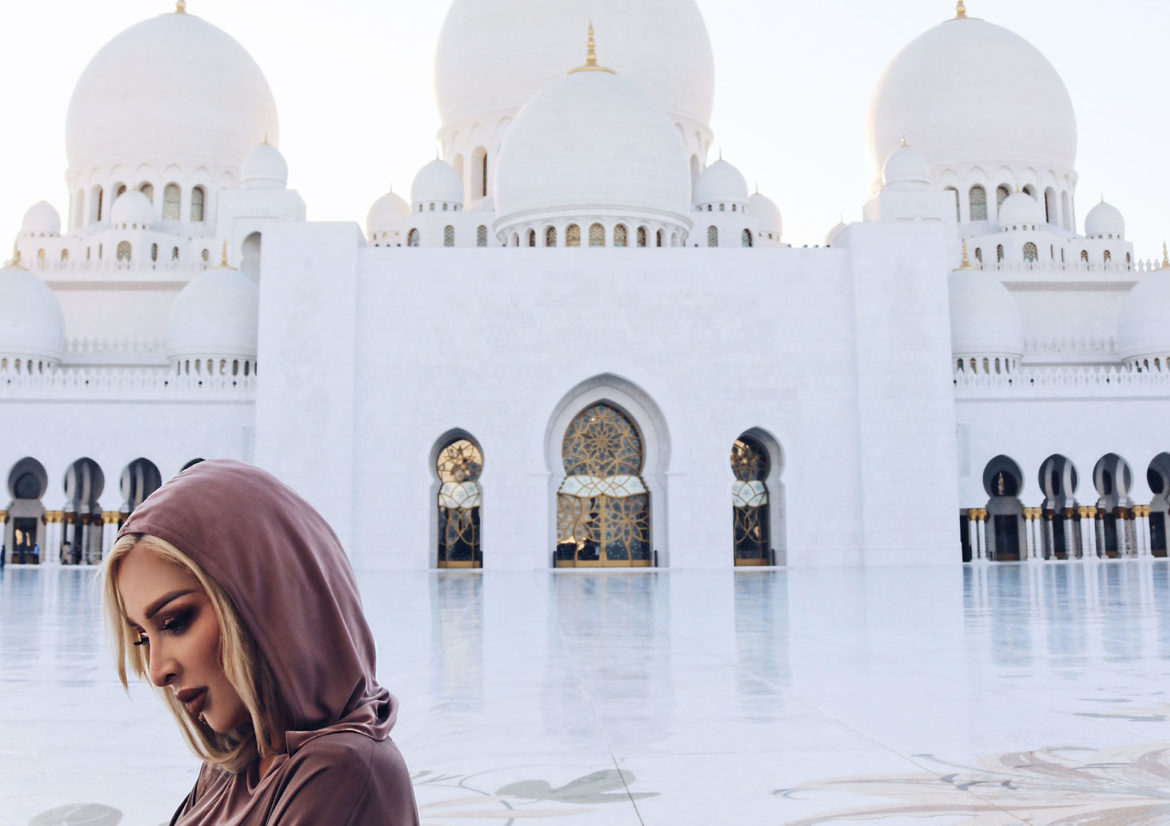 Sheikh Zayed Grand Mosque is located in Abu Dhabi, the capital city of the United Arab Emirates. The largest mosque in the country, it is the key place of worship for Friday gathering and Eid prayers.

The Grand Mosque was constructed between 1996 and 2007. It was designed by Syrian architect Yousef Abdelky.

The majestic architecture of Sheikh Zayed Grand Mosque, which can be seen from each of the bridges joining Abu Dhabi to the mainland, gives an impressive welcome to anyone visiting this magnificent place. 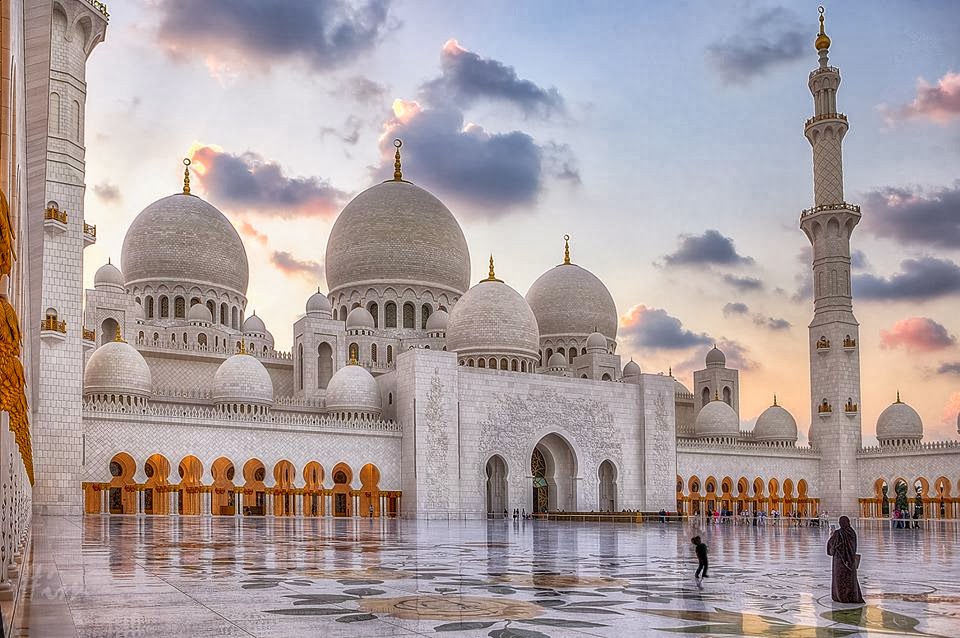 It was his Highness, the founder and first President of the UAE, the late Sheikh Zayed Bin Sultan Al Nahyan who conceived the idea and chose the location and took substantial influence on the architecture and the design of the mosque. As he wished for, the Sheikh Zayed Grand Mosque is also the last resting place for him, who passed away in 2004. 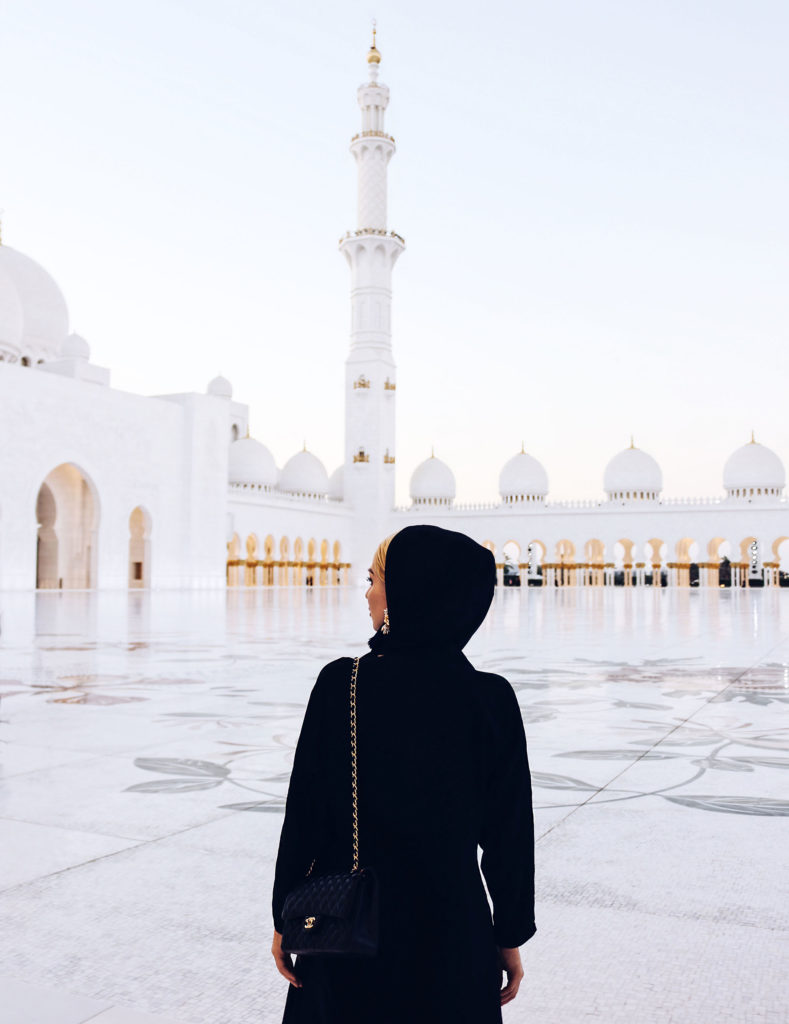 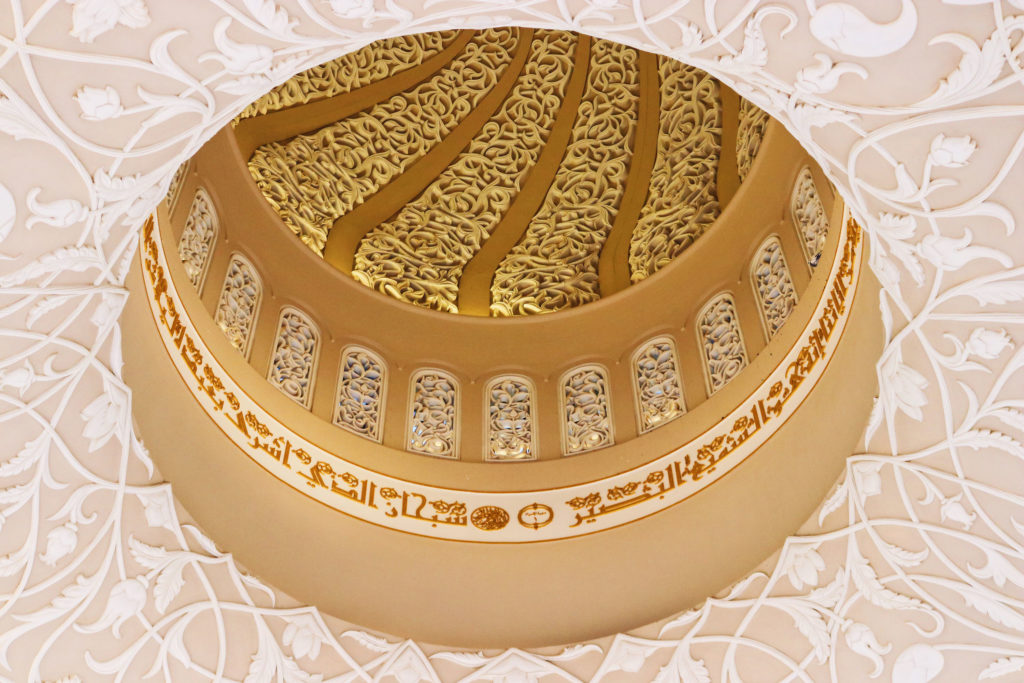 Interesting facts about the mosque: 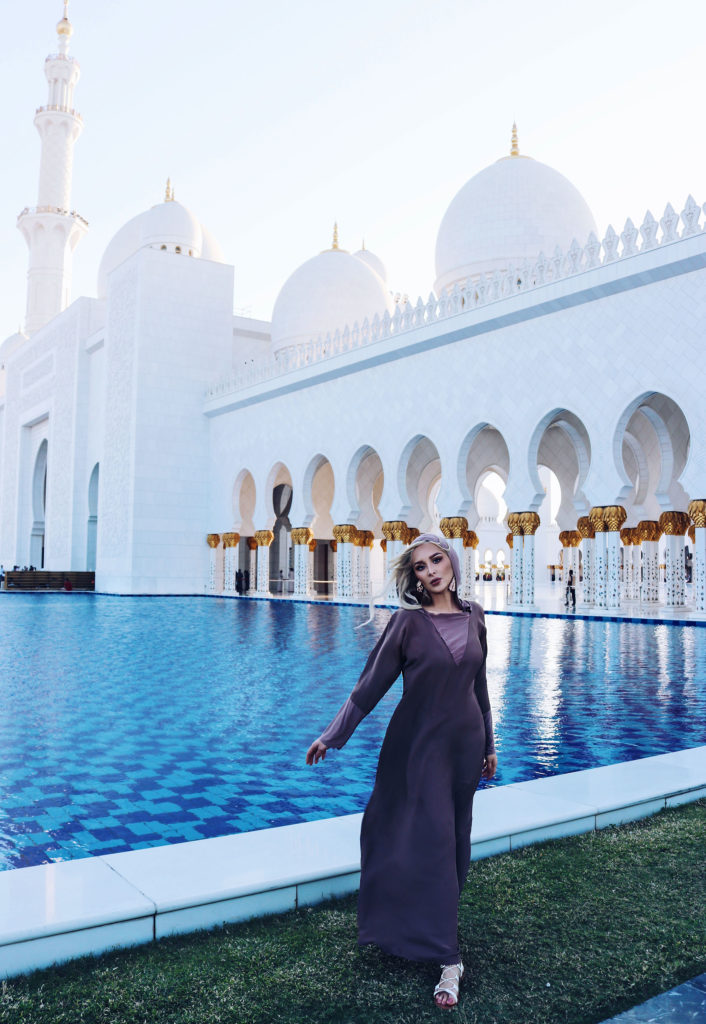 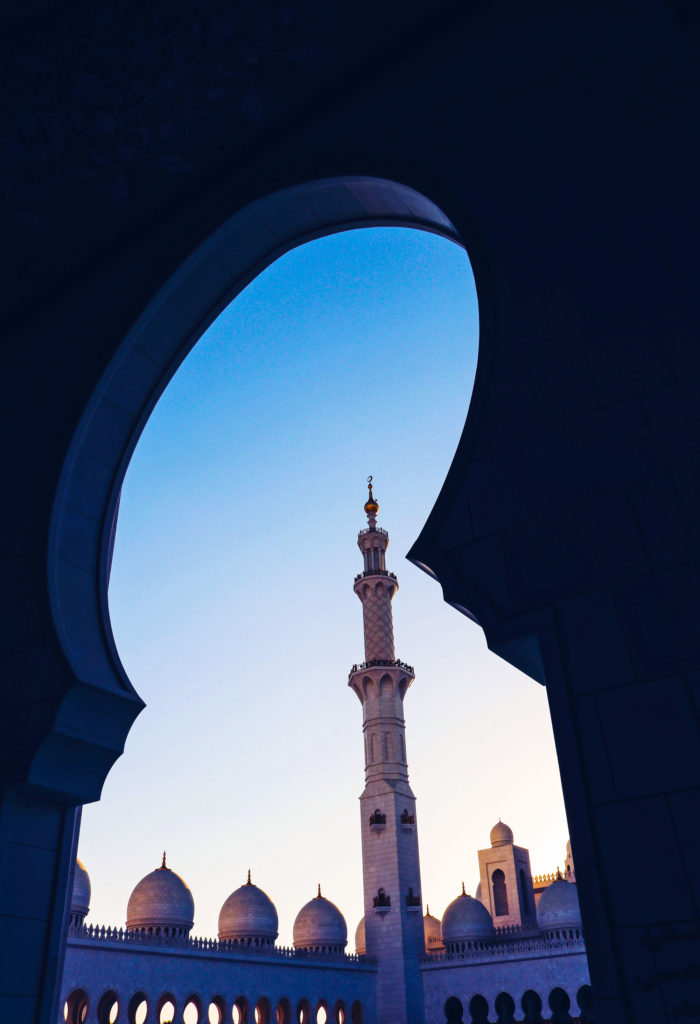 view to the main plaza 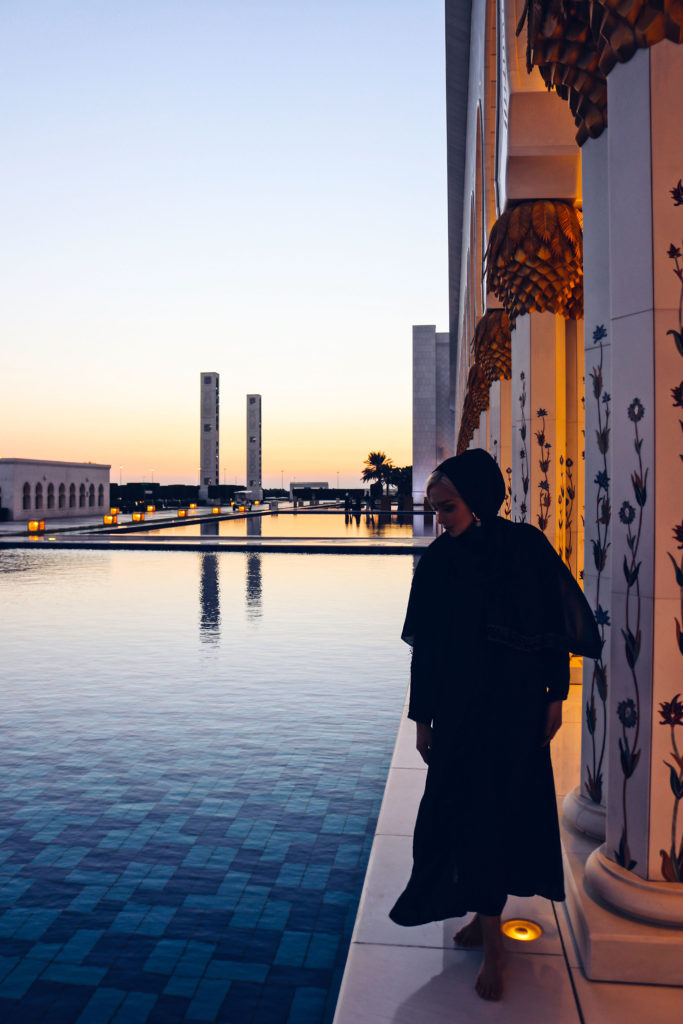 To capture the splendid beauty of the mosque, a sunset tour is advisable, a wonderful time to take photos, to chill out. 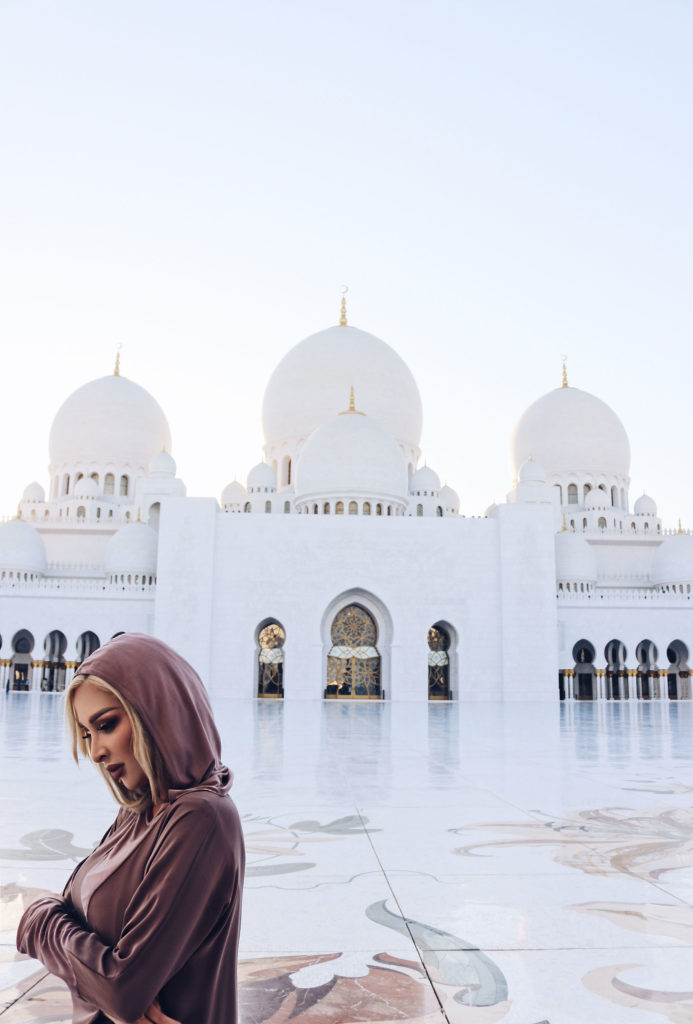 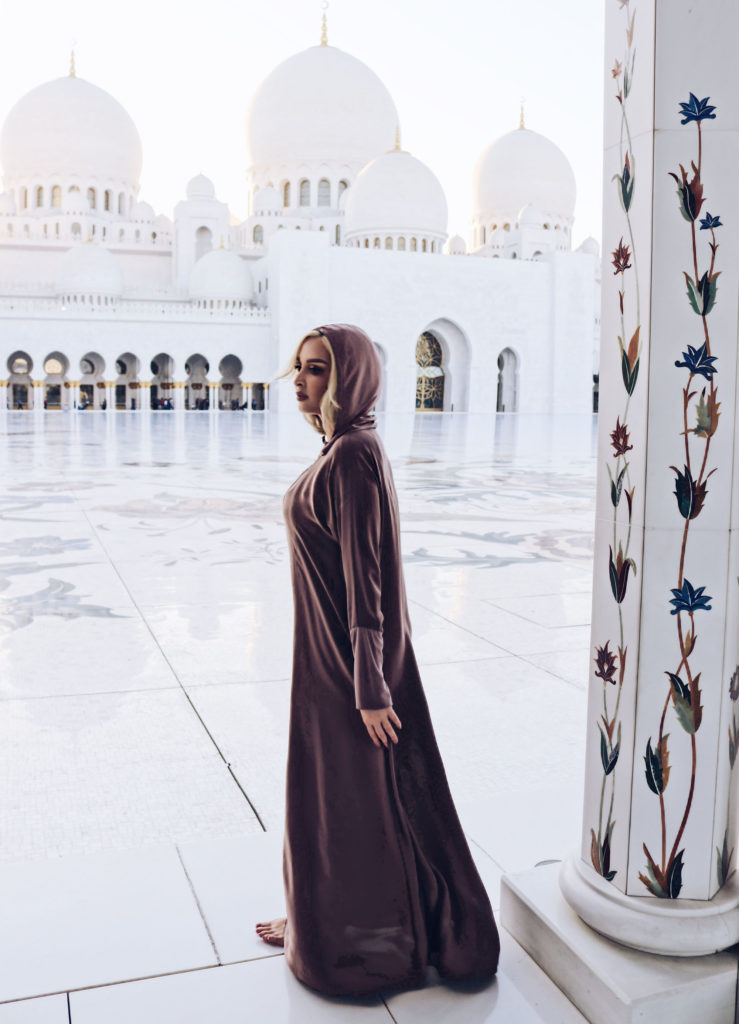 it’s incurable how huge it is in real life! i love the striking white, it looks so festive! 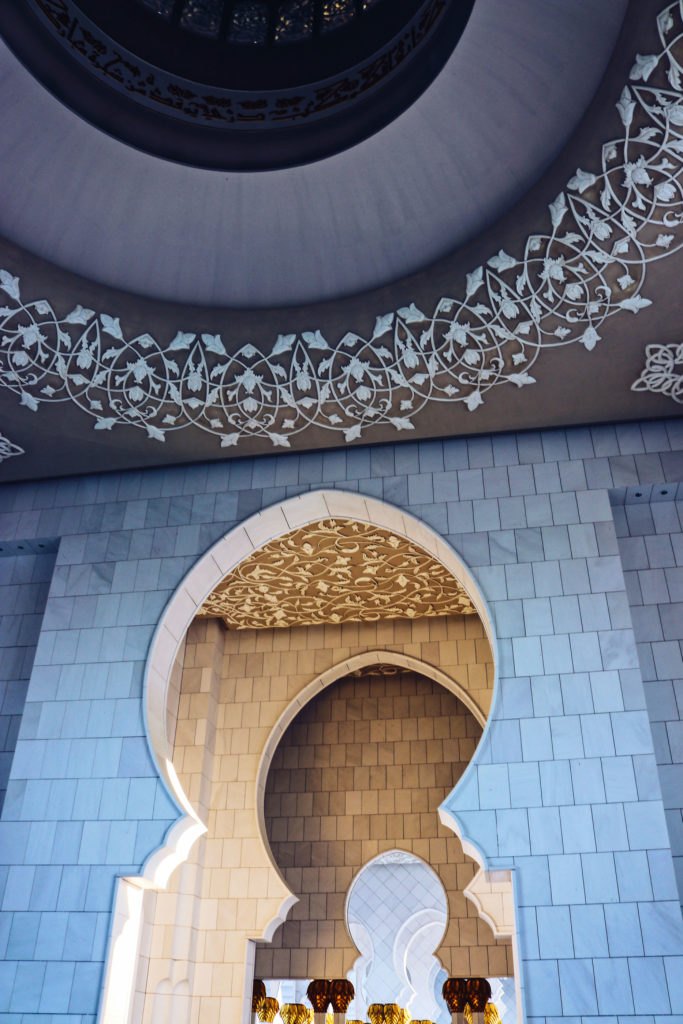 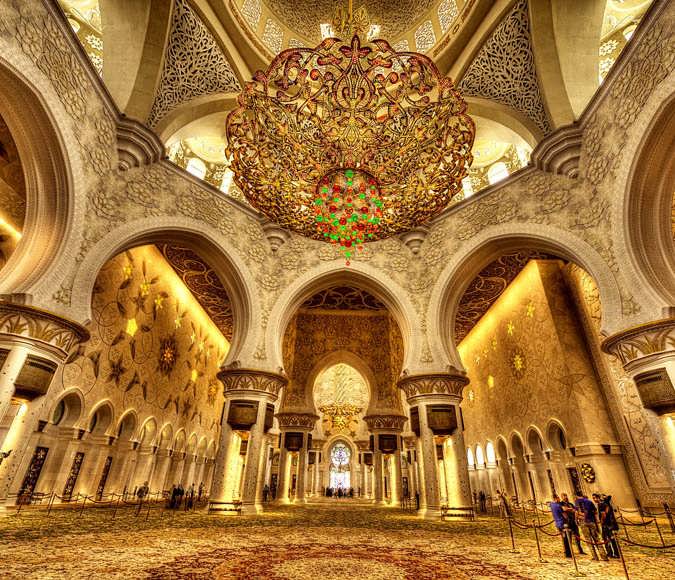 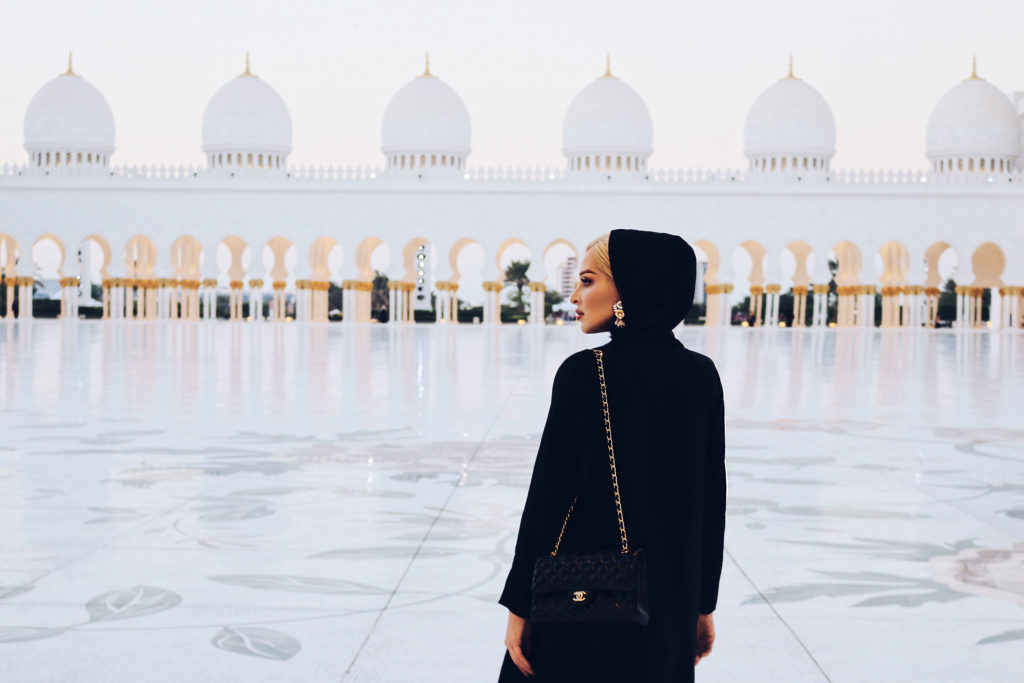 I could pass for Arabic in this one I guess 😉 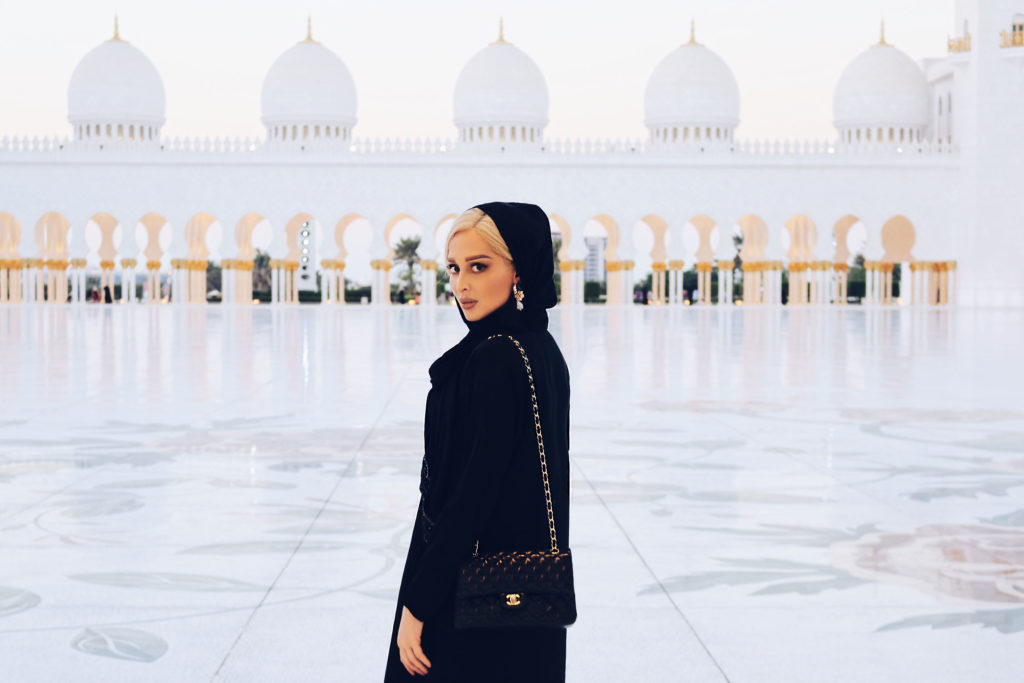 look over the shoulder 😉 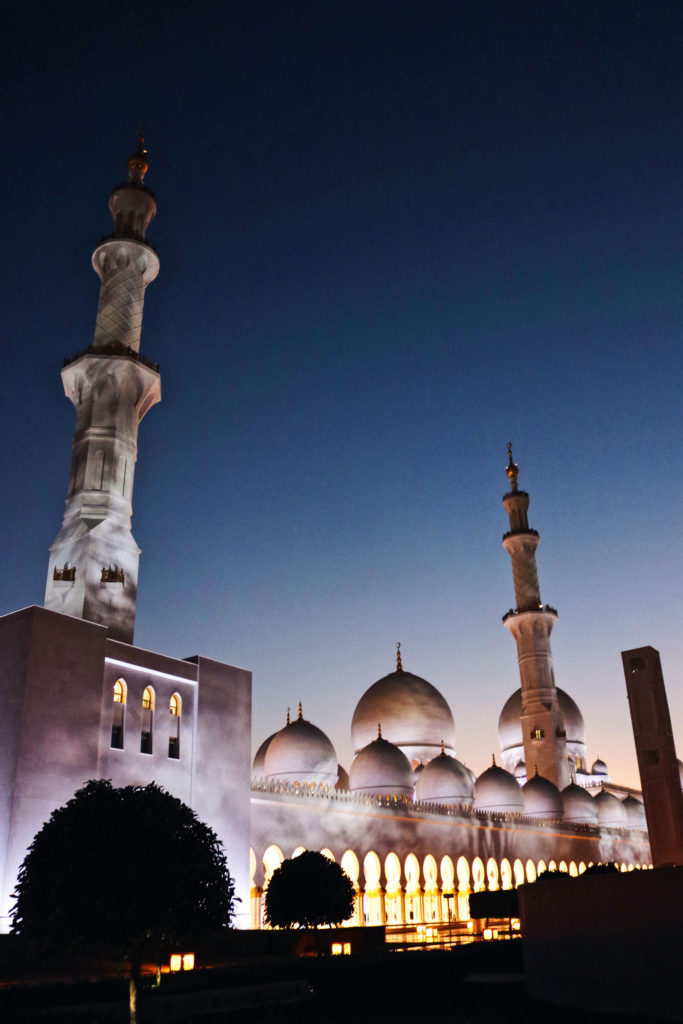 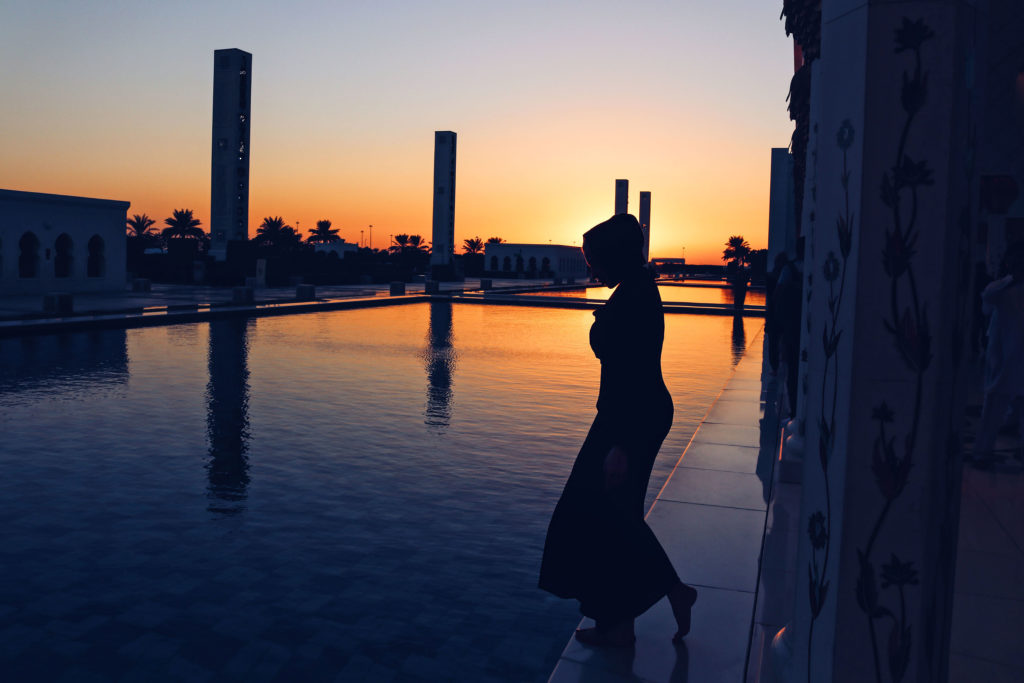 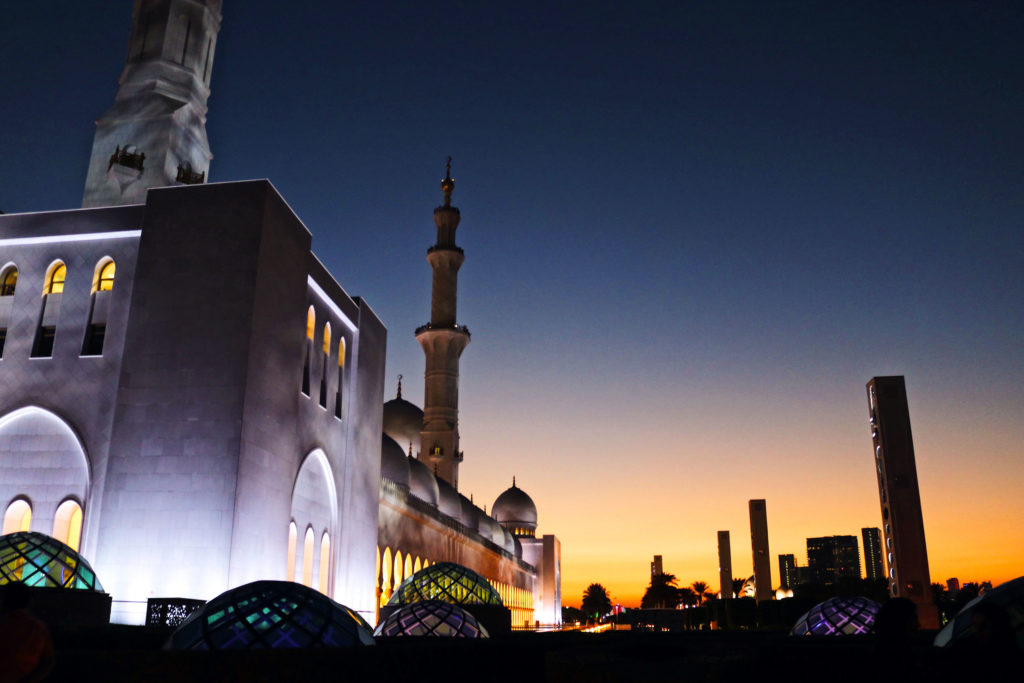 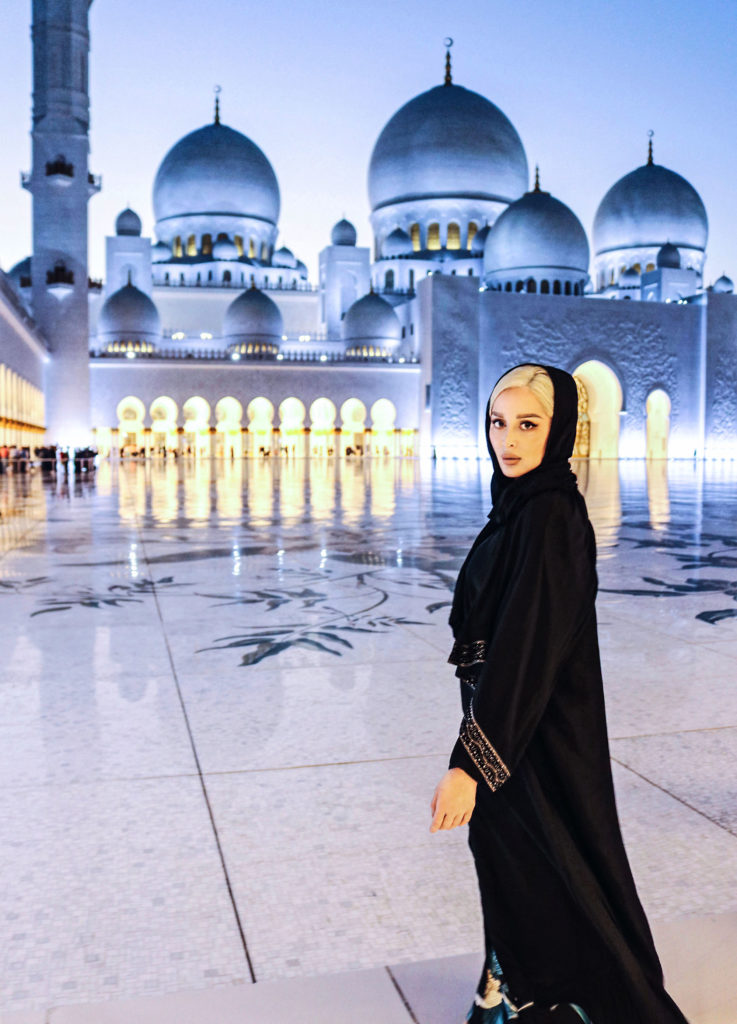 those are the after sunset lightnings 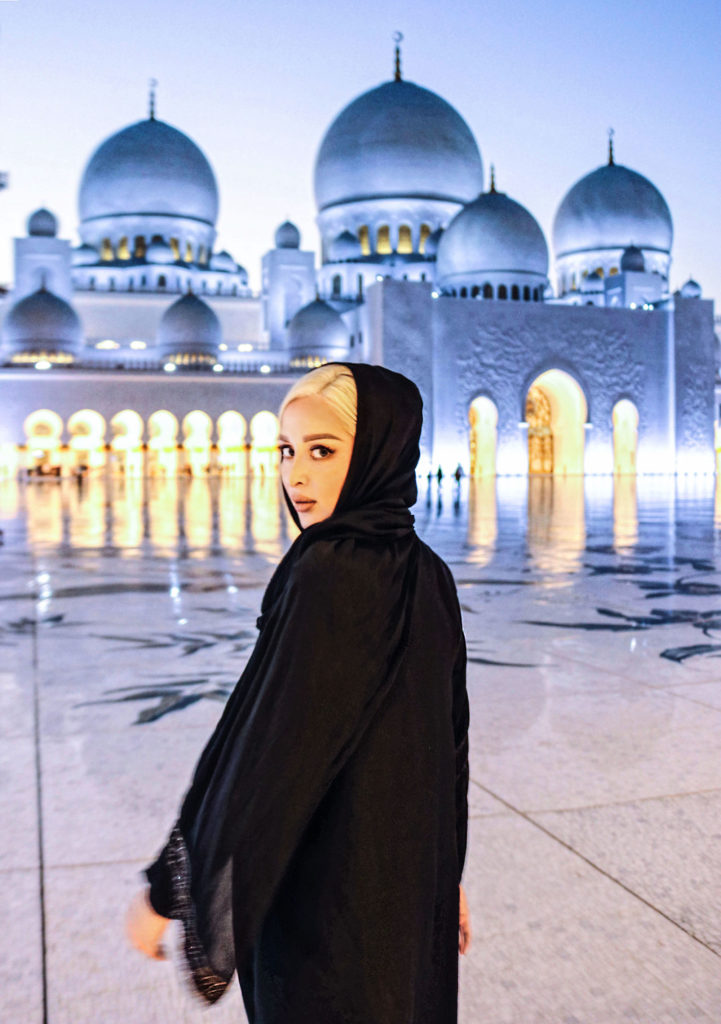